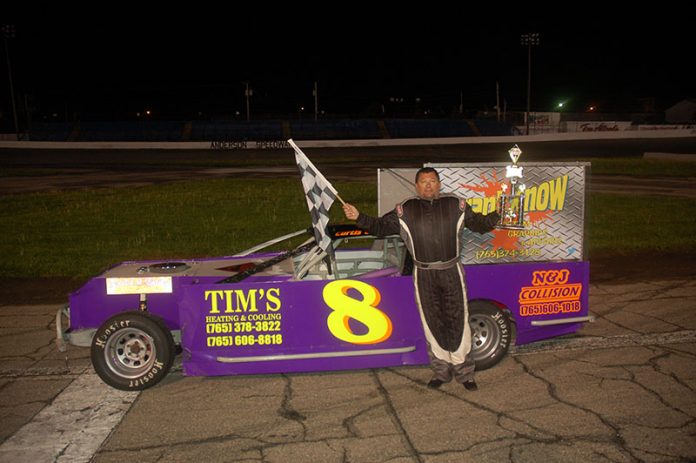 Swinford looking for his second win of the year took the lead at the start with Chapman glued to his rear bumper. For 12 laps Chapman looked for a way to get around Swinford, several times showing patience and backing out of the throttle to avoid contact.

On the 13th circuit Chapman got inside of Swinford and the two made contact in the first corner. The resulting contact had Chapman’s car ending up on the top of the front of Swinford’s car.

Chapman was able to continue after a quick stop in the pits while Swinford’s night ended on a wrecker.

That put Nick Warner into the lead but Chapman was able to make the pass for the lead with an outside move on the back straight on lap 16 and went onto the victory.

“I hate to win like that,” Chapman said in the AutoFarm McCrocklin Ford Winner’s Circle of the contact with Swinford. “I thought he saw me. That was great racing.”

Chapman added he suspected that Swinford would be miffed as a result of the contact.

“I’m not here to make friends,” he said. “That was the only way I was going to make the pass, on the inside.”

During qualifications Swinford set a new track record that had stood at Anderson Speedway for almost nine years.