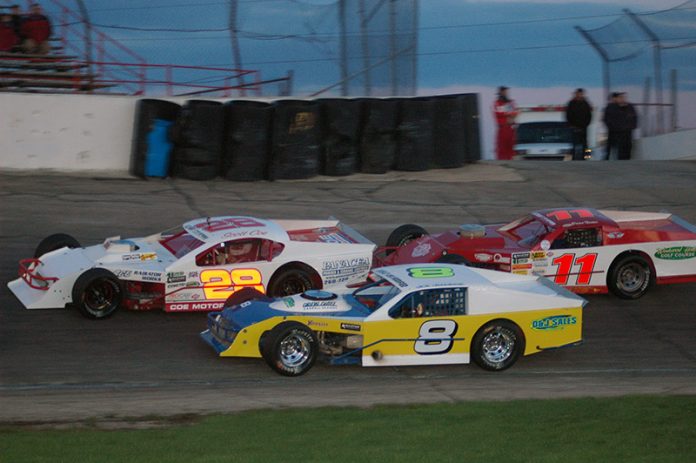 Founded in 1989, the NSTA Top Speed Modified Tour is the Nation’s premier asphalt touring modified series. The series features open-wheel cars with extra downforce capable of producing high-speeds and close racing. Drivers from all across the Midwest compete with the series as it tours the country from early April thru mid-October. This season the series will visit prominent and historic tracks in Michigan, Ohio, Indiana, Missouri and Tennessee. The series is one of six competing at the Inaugural U.S. Nationals of Short Track Racing at Bristol Motor Speedway in Bristol, TN.

While Anderson Speedway was a regular stop for the Tour during its inaugural campaign in 1989 and throughout the 1990’s and 2000’s, this marks the first time competing as part of the Classic. The Tour hasn’t raced at Anderson for several years.

“This is a proud day for me for so many reasons,” shared John Robbins, Series Director for the NSTA Top Speed Modified Tour. “I grew up at Anderson, the American Speed Association was born here, I have a great relationship with Rick [Dawson]. This place is so special to my family and me.”

The Robbins name is a familiar one in Anderson. John Robbins is the nephew of Rex and Becky Robbins, former owners of Anderson Speedway and founders of the American Speed Association, which got its start in 1968 at Anderson Speedway.

“Rex was out here on Wednesday nights promoting sprint car racing in the late 60’s. Asphalt sprint car racing might not be what it was then, but there isn’t a track on the planet doing more to keep this type of racing alive than Anderson Speedway. As an open-wheel series, we want to do everything we can to help preserve and grow this type of racing. I look forward to doing our part to make this event even better,” said Robbins.

“We’re excited to host the Top Speed Modified Tour at Anderson this season,” offered Rick Dawson, owner of Anderson Speedway. “John has been a great partner at our track over the years. I know what the Speedway means to him. He understands our vision for this event and his involvement will only help it get better.”

“This event is already a celebration of one of the great names in sprint car racing, we want to celebrate our history at the track as well. We’re working on some fun surprises,” added Robbins. “We’re upping the stakes for our drivers too. The winner of our race will be guaranteed a starting spot at the U.S. Nationals of Short Track Racing at Bristol Motor Speedway.”