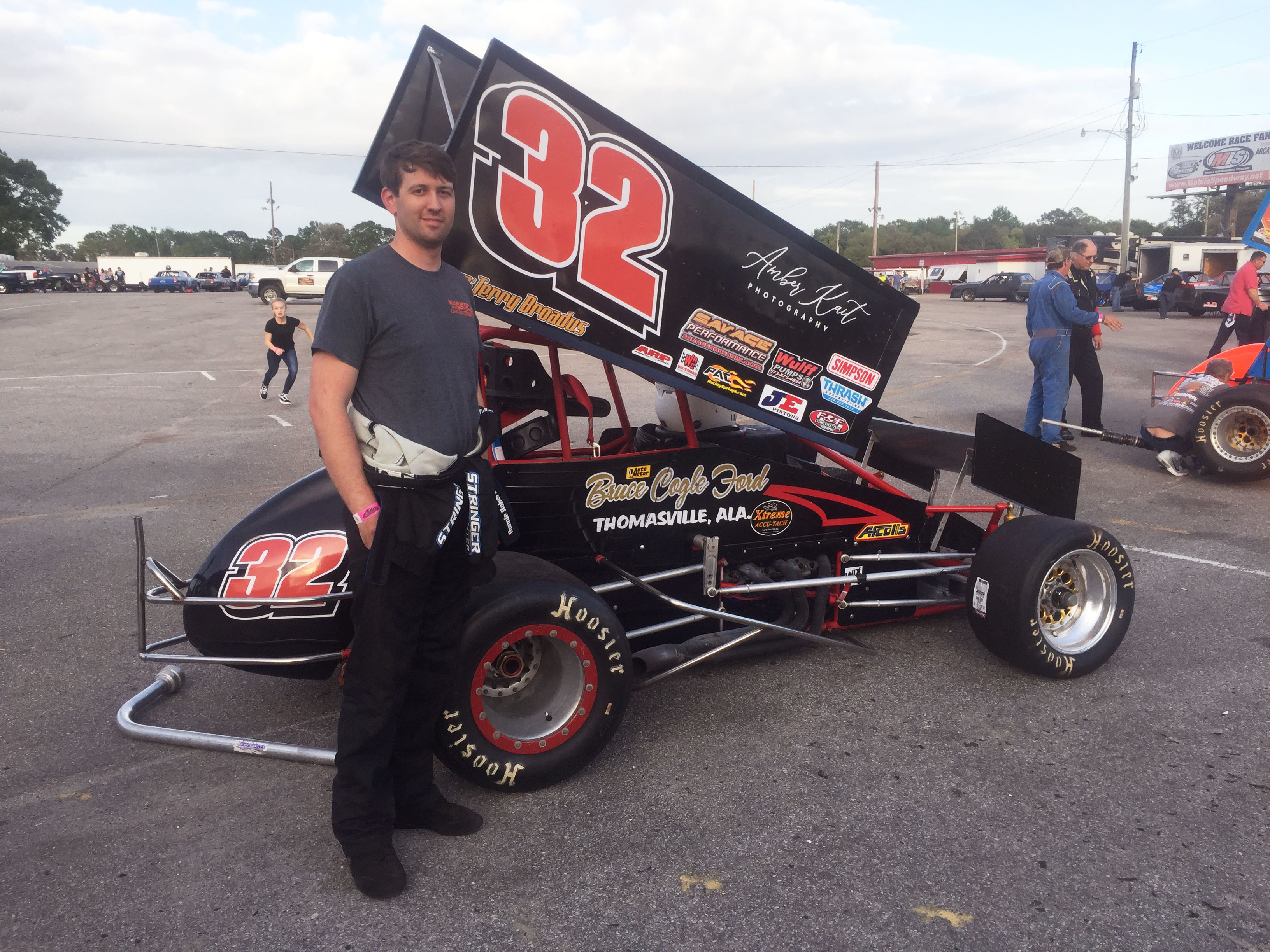 Biloxi, Mississippi driver Ronnie Roberts II is the most recent 71st Pay Less Little 500 presented by UAW driver to enter the race. The 28-year-old driver will attempt to make his first-ever Little 500 starting field May 25.

Roberts II is the nephew of long-time car owner Terry Broadus who is no stranger to Anderson Speedway. Broadus has made the trek north for the Little 500 several times with notable driver Bill Roynon who is a 2002 Little 500 Hall of Fame inductee. Roberts II will be aboard his uncle’s #32 Hurricane Chassis machine.

The relative newcomer to asphalt sprint car racing has primarily been racing winged dirt sprint cars in the Gulf Coast region. He witnessed the Little 500 as a spectator for the first time in 2014 and came away impressed. “It was definitely an awesome event” explained Roberts II.”500 laps with pit stops and everything, and how it played out, was really cool. At least I got to watch. There’s nothing like that down here in Mississippi”.

Roberts II will now have an opportunity to compete and plans to put his entire focus on making the starting field and not getting caught up in doing sightseeing. “I’m gonna try to focus 100 percent on the car and try to make the race. I’ve gotta be back Monday morning bright and early to go to work. Hopefully I can make the race”.

Pavement sprint car racing is relatively new to Roberts II as he has spent the majority of the past three seasons racing on dirt. He currently less than 5 starts on pavement. He was able to capture the season opening winged sprint car event March 30 on the pavement at Mobile International Speedway in Irvington, Alabama for his first sprint car win.

To date, Roberts has never competed in a non-winged pavement event and had hoped to get some experience during at non-winged race at Pinellas Park, Florida on April 27 but the event has recently been changed to a winged event. He will now have to learn non-wing racing on the fly. ” It’s now gonna be a big learning curve. I’ve never raced anything non-wing. Making the race is my ultimate goal. After that Ill set another goal”