All Seats are reserved at $40 per ticket.  You can purchase tickets by calling (765) 642-0206 or at the main ticket office located at Anderson Speedway.

How It All Began… The quarter-mile Anderson Speedway was built in 1948 by legendary promoter Joe Helpling and a large group of men working for 25 cents per hour. Although Helpling had planned on constructing a bowling alley and recreation center on his 32 acre tract at 29th street and Pendleton Avenue, two Anderson city councilmen suggested that he instead consider building a racetrack. Helpling had never seen a race of any type, so he traveled to Armscamp Speedway in Alexandria and 16th Street Speedway in Indianapolis (Both tracks are no longer in existence) to get some ideas.

After those visits, the decision was made: it was racing. In 1948, Sun Valley Speedway (as it was originally known) officially opened for competition. The Roaring Roadsters and AAA Midgets were the most popular programs, so Helpling decided to present an idea to members of the Mutual Racing Association, which was the sanctioning body for the Roadsters during that period. A press conference was held in early 1949 at the old Anderson Hotel, where Helpling unveiled his idea to start 33 roadster in a 500-lap event. Everybody scoffed and said that it would never work. Pressure was put on Helpling to reduce the race length to 200 or 300 laps, because it would probably cost $800 per car for tires and no car would finish. “Then we’ll run bicycles,” Helpling said.” Because we’re gonna have a Little 500 and that’s the way it’s gonna be.” In the inaugural event, to the surprise of most, 18 roadsters finished, five of which did not even make a pit stop. Sam Skinner won that event, with Bob Block finishing second and Tom Cherry filling out the podium finishers. 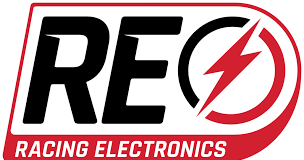 Swanson to Drive for Doran Racing In Asphalt Races in 2021