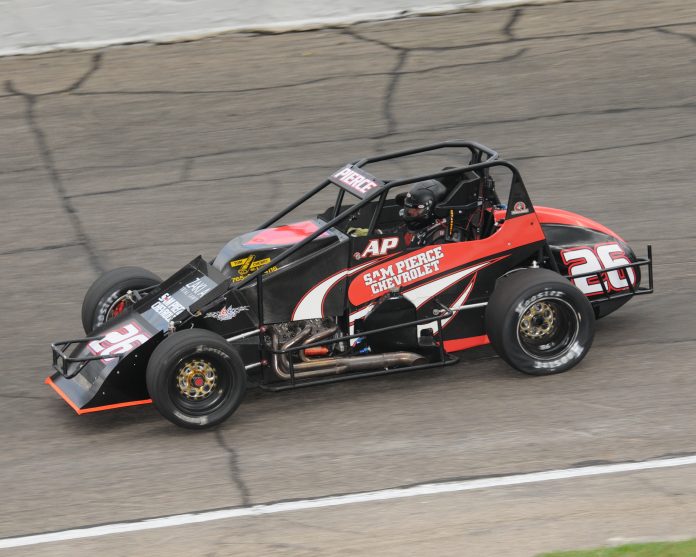 ANDERSON – The past two winners of the prestigious Pay Less Little 500 will return to action at Anderson Speedway for the second annual Tony Elliott Classic.
The roar of non-wing sprint cars returns to the high banked quarter-mile oval in the race to honor Elliott, who died two years ago in an airplane crash.

The Tony Elliott Classic is a part of “Paint the Night Pink” presented by the WolfeRich Insurance Group to support the fight against breast cancer.

The race was postponed two weeks ago by a persistent rain after qualifying took place. Aaron Pierce set fast time and will start sixth following the inversion. That puts Kyle Hamilton and Fred Hopkins on the front row for the 50-lap classic.

Hamilton, the 2017 winner of the Little 500 will be driving one of the two cars entered by Gene Nolen Racing.

Hamilton will be teamed up with Kody Swanson, the 2016 winner of the Little 500 and the Tony Elliott Classic.

21 teams were in attendance for the October 7 race and a couple more expected to join the field for the 50-lap feature event that pays $2,000 to the winner.

The Mel Kenyon Midget Series drivers will be competing in the Parallax Power 30 lap feature. Indianapolis driver Dameron Taylor is the first repeat champion in the series and is looking to become the all-time race winner.Taylor is tied with Kyle O’Gara with 15 career feature wins.

A strong field of Mel Kenyon Midget Series competitors is expected for the final race of the season including Trey Osborne, Logan and Ryan Huggler.