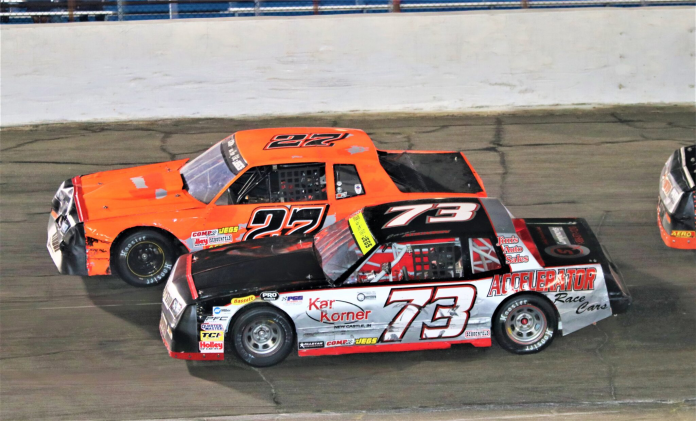 Drivers will be displaying a sticker on their race cars to show their support for first responders, and the first 1000 fans to enter the facility will also receive one of these exclusive stickers provided by SERVPRO of Central Ohio.

Four touring series are on the racing card presented by McGowan Insurance and Knapp Supply including the longest ever race for the Vores Compact Touring Series. The Compact Touring Series will be competing in a 150-lap event that will be broken into two 75-lap segments. A unique feature of the event is that if a car drops out of the race, another team will be allowed to enter.

The Vore’s Welding CRA Late Model Sportsman will be competing in a 75-lap feature with 2022 McGunegill Engine Performance Late Model champion J.,P. Crabtree looking to extend a hot streak. Crabtree is the most recent winner at Anderson Speedway and is coming off a Labor Day weekend win at Winchester Speedway. Kyle Worley comes in as the series season points leader and is locked into the Chase for the Championship final four as the series Regular Season Champion. The other Chase for the Championship drivers competing for the final three spots to race for the series Championship leading series rookie Keegan Sobilo, Caleb Reschar, Kent Carson, rookie Logan Huckeba and Cassten Everidge.

The CRA Street Stocks will be competing in a 75-lap feature with point leader Dalton Conner, most recent winner Andrew Teepe, Jason Atkinson and Anderson’s Dawson Phillips are all competing for the championship.

The Kenyon Midget Series returns with Jack Macenko, the most recent winner on the high banked quarter-mile oval, leading the point standings over Dameron Taylor, a multiple time winner at Anderson. Dave Osborn has a one-point lead over Kyle Ford for rookie of the year honors.

Adults tickets are $15, $5 for children between the ages of 6 and 12 and children under 5 are admitted free. 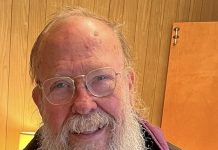 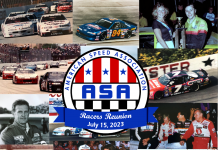 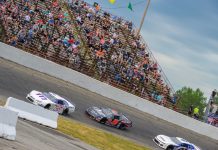