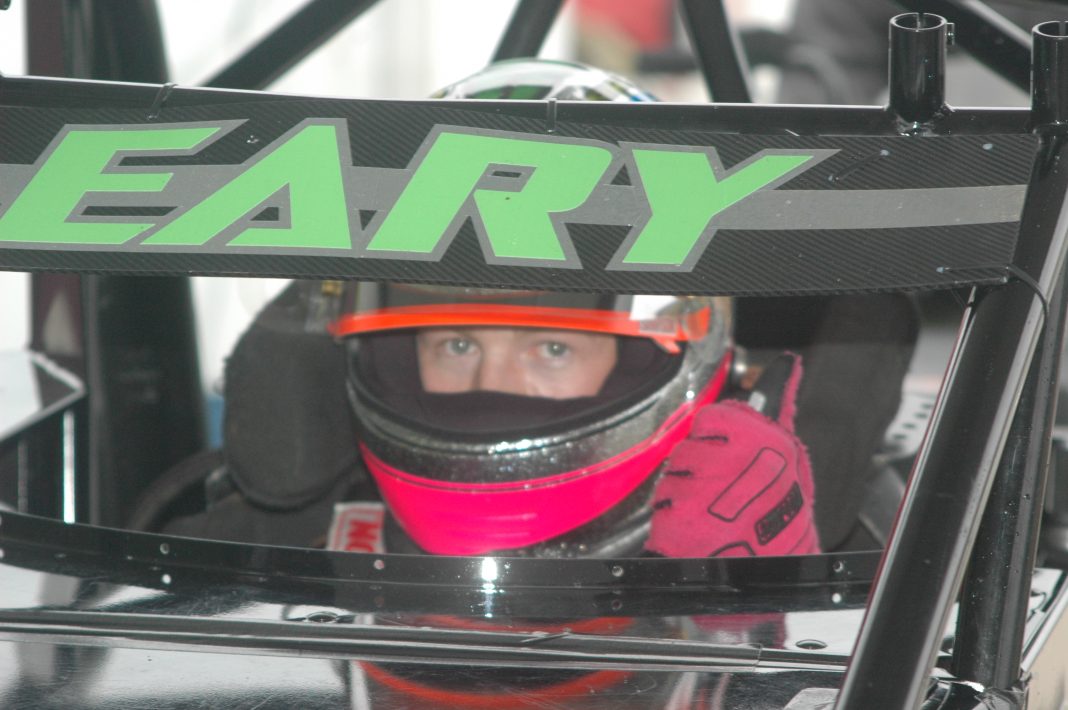 Anderson, Indiana (May 10, 2018): Craig and Jessica Fordyce have entered a car into the Pay Less Little 500 presented by UAW-GM for the second year in a row. They have tabbed United States Auto Club (USAC) standout, CJ Leary to pilot the sprint car for the 2018 race.

The team will be attempting to make the race once again in 2018. Craig a former winged sprint car driver, leads the team. Craig, has been around racing since he was a little kid, racing with his father. He drove in the Hoosier Outlaw Sprint Series (HOSS) and Auto Value Sprint Car Series in the late 90’s and early 2000’s. He stopped driving once his first daughter was born. When he got out of the driver’s seat he still came to the Little 500. “Once racing gets in your blood you always want to do it,” said Craig Fordyce. 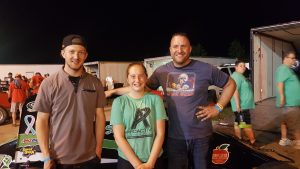 Craig returned to racing once all four of his daughters were born. When he got back into racing he team up with Jason Cox and drove a winged Sprint Car. Shortly thereafter he moved away from the winged sprint car racing all together. The Little 500 was still at the forefront of his mind. In 2017, Fordyce decided he would buy a car and put together a program for the Little 500. “We decided to put together a team and asked CJ Leary to drive for us,” explained Fordyce. “I admit when I was first told about CJ, I didn’t know much about him. When I first met with him he wasn’t even able to meet with me in a bar. We had to meet at the local Cracker Barrel.”

The team was able to come together right before the 69th Pay Less Little 500 presented by UAW-GM. The team kind of flew under the radar with other well-known rook 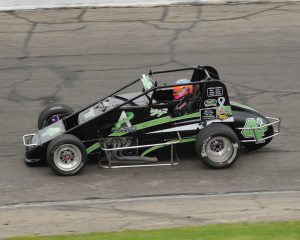 ies (Tony Stewart and Kenny Schrader) entering the field. They ran a Kercher engine with CJ and his father Chuck making the set-up decisions. The team grabbed everyone’s attention on pole day qualifying. Leary was able to qualify in fourth place ahead of both Tony Stewart and Kenny Schrader. This was a great result since Leary was making his very first pavement sprint car start. The race didn’t end up how they wanted, as an overheating problem forced them out of competition on lap 63.

The team for 2018 is excited to bring back the same core group with additional sponsorship. Th 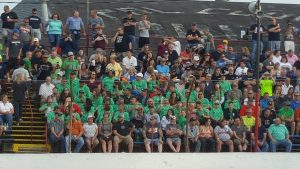 e sponsorship includes BB Vape, ASC Graphics, Open Door Rentals and Real Estate, Guns by Scotty/HP Customs, and Double Barrell Concessions. “Last year we put the team together, but didn’t have any sponsors,” said Fordyce. “I didn’t even have a trailer to bring the car to the track, so I had to borrow one. This year we have a lot of local companies that have stepped up to help us. We couldn’t be more excited for the race and the support.”

Tickets for the 70th Pay Less Little 500 presented by UAW-GM are on sale today. Tickets continue to sell at a rapid rate, so don’t wait to purchase yours. You can purchase tickets by calling (765) 642-0206 ex.21 or by stopping at the track.