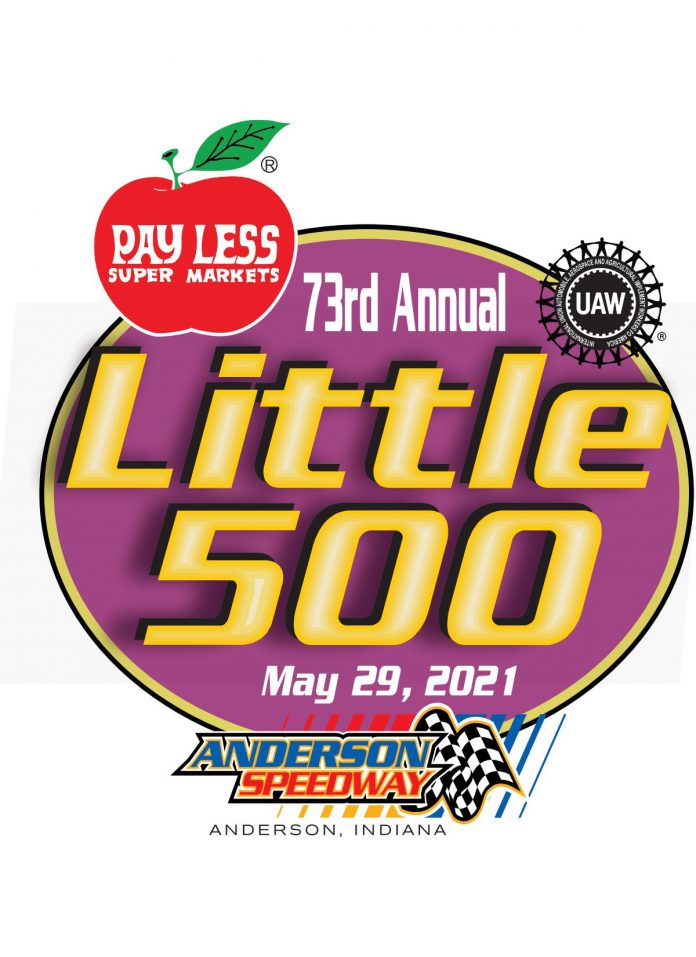 Nine-time Pay Less Little 500 champion Eric Gordon bumped his way into the starting field with the fastest laps during The Tin Plate Fine Food and Spirits Bump Day qualifying. Three-time race and pole winner Kody Swanson will lead the 33-car field to the start. He is joined on the front row by Tyler Roahrig and Caleb Armstrong. Gordon’s time on Thursday was disallowed for a tire infraction, but was the first driver to make the field Friday on Tin Plate Bump Day at Anderson Speedway. Gordon toured the high-banked quarter mile for four-laps at a time of 46.428-seconds and will start 22nd in the field.

Another Little 500 veteran Aaron Pierce who struggled on Pole Day with an ill-handling race car, turned four laps at 46.797-seconds which places him 26th on the starting grid. Gordon’s time bumped Tom Paterson from the field and Pierce’s time bumped Doug Fitzwater. Fitzwater attempted to make the starting field but got loose on the second of four laps that ended his dream of starting the Little 500. With rain approaching from the west, Paterson made the final attempt of the day but had to settle with being the second alternate.

Mike Anderson patiently sat in the speedway’s infield, riding the “bubble” while Fitzwater and Paterson attempted to knock him from the field. Anderson is the third driver from the state of Idaho to start the Little 500. “I was a little scared,” he said after securing the 33rd spot in the field. “We made a long trip to try and make the field. I didn’t want to go home without making the race.” Anderson thought he could have found the necessary speed to bump his way backing into the field.

Four rookies made the starting field led by Jacob McElfresh in the 8th starting spot along with Brady Bacon (20th), Cody Karl (30th) and Anderson (31st). Both Kenny Schrader and Issac Chapple will have to move to the tail of the field for the start of the Little 500 as a result of a rules infraction on Thursday.