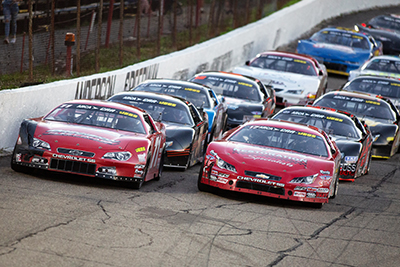 Veteran driver Cody Coughlin will be looking for a three-peat in super late model wins in the tune-up for the Redbud 400. The Ohio driver won two 125-lap races in 2020 for the Champion Racing Association’s Super Series after a heated battle with Jack Dossey III last year in the second appearance of the series. The Spring Fling 125 presented by Mitch Smith Auto and Perfecto will include action for the Hart’s Auto Center Ford Division where Shane Isgrigg is coming off two consecutive wins and the Legends.

The Redbud 400 is set for July 12 and Saturday is the only chance for the super late model teams to make final preparations for that race. Coughlin also won a 125-lap race in 2016 and Dossey took home the win in 2019. TJ Reaid won three 125-lap races at Anderson Speedway from 2013 through 2014. Several local drivers, including Dossey, will be looking to score a win on the high banked quarter-mile oval.Former CRA champion Greg VanAlst, fresh off a top ten finish with the ARCA Menards Series at Kansas Speedway, will be returning to super late model action. Pay Less Little 500 veteran Aaron Pierce along with Dalton Armstrong, Josh Ebbert, Mason Keller and Jaren Crabtree are all competing. CRA regulars Brett Robinson, Hunter Jack, Michael Simko and Kyle Crump are on the entry list.