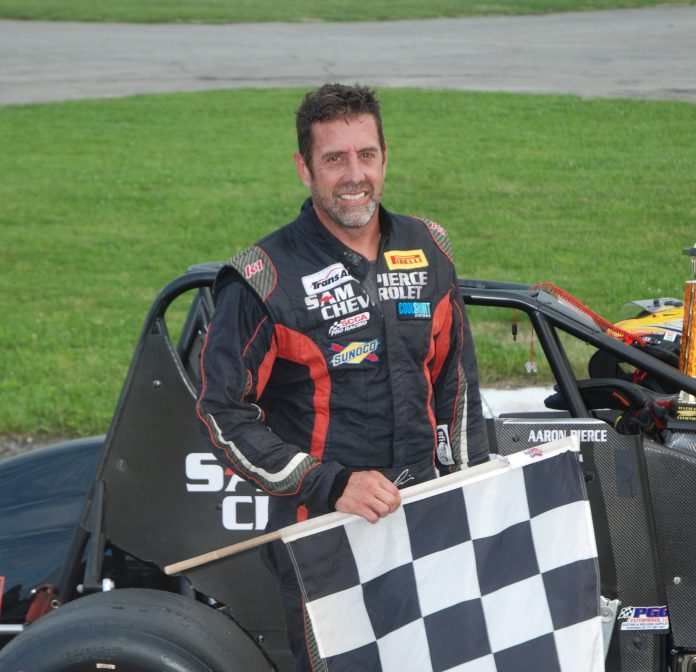 “We are concentrating strictly on the Little 500,” said Aaron Pierce. “We will not be competing in any of the silver crown races the week of the Little 500.”

With the team’s focus on the Little 500 and the plan is to not race the two USAC Silver Crown races the same week. This presumably eliminates the stress of preparing three different cars to race on three consecutive nights. Over the past 17 races, Pierce has been positioned to win the Little 500 on numerous occasions. Part failures and/or bad luck have thwarted a win for the local driver. Pierce has led the second most laps in the Little 500 without a win.

Pierce has never been a stranger to try different forms of racing over his career. He is a multi-time starter in the Redbud 400, a long-time late model race at Anderson Speedway. He also has starts in all three national USAC divisions. In 2019, he made numerous starts in the Trans Am Series. The Trans Am Series competes on road and street courses across the country including Sebring, Belle Isle in Detroit, Indianapolis Motor Speedway, Mid-Ohio, and Circuit of Americas. He entered into the Super Grand Touring division (SGT) in a Chevrolet Corvette. Adding to his arsenal in 2020, Pierce will enter the TA2 category racing a Chevrolet Camaro.

“Sports Car Racing is a totally different animal than racing sprint cars,” explained Aaron Pierce. “You have no air flow in the car. While at Circuit of the Americas my break pedal was at 140 degrees!”

The 2020 Little 500 will see Pierce return with his father, Sam Pierce as the car owner. Sam Pierce Chevrolet in Daleville, Indiana will adorn the side of the card with additional support from Tom Cherry Muffler, G&G Oil, NAPA Auto Parts, Valvoline.