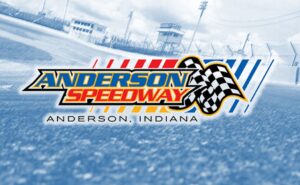 The 74th Annual Little 500 presented by UAW will headline the season on Saturday, May 28. The Little 500 will once again boast the starting field of eleven rows of three with the best sprint cars drivers in the country. In 2021, Tyler Roahrig (Plymouth, Indiana) captured his first Little 500 win.

The ARCA/CRA Super Series Late Models will make their first appearance of the season on April 9. The race, 125 laps in distance, has been used as a tune up for the Redbud 400.  JEGS/CRA All Stars return to Anderson Speedway on August 6 for a 100 lap race.

On July 2nd Anderson Speedway will celebrate its Diamond Anniversary with 75 Lap Races for the McGunegill Engine Late Models, Marcum Welding Front Wheel Drives, and ThunderCars. The race will take place 75 years from the opening weekend in 1948.

As previously announced, the 500 Sprint Car Tour presented by Auto Value-Bumper to Bumper Part Stores will be running three races in its inaugural season at Anderson Speedway. The lighting quick non-wing sprint cars will compete in the 22nd Running of the Glen Niebel Classic on July 9, Inaugural Gene Nolen Classic on July 30, and 7th Annual Tony Elliott Classic on October 6.

Full-Size Pavement Midgets will be racing at Anderson Speedway for the second consecutive season on July 9 and October 6. Kyle O’Gara was successful in both midget race in 2021. Radical Ford Focus Midgets will make a return for Friday, July 29 and Saturday, July 30 programs.

Long distance street stock races have been a main stay at Anderson Speedway for the past decade. In 2022 two 150 lap CRA Van Hoy Oil Street Stock races make their way onto the schedule (June 25 and August 13). The races will count only green flag laps.

The Night of Thrills on September 3rd will continue to be one of the most popular and exciting nights at the Speedway.

The VORES Compact Touring Series will make two visits to Anderson Speedway. They will compete as part of the Spring Fling on April 16 and new for the 2022 racing season, a 150-lap long distance compact race presented by Knapp Supply.

For a limited time, Anderson Speedway is offering special ticket packages that include a 10 pack for $80 and a 20 pack for $150. Stop by the main ticket office Monday through Friday from 10a.m. to 4p.m. to pick up your tickets or contact the ticket line at 765-642-0206 ext. 121 to secure your discounted tickets. 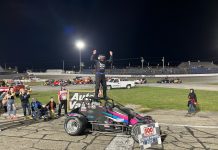