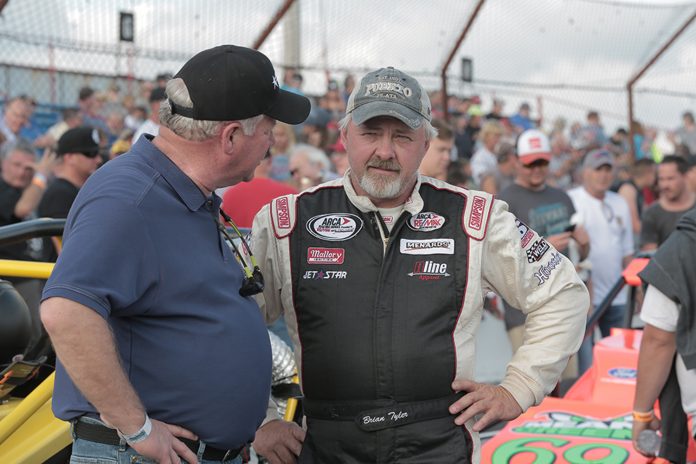 Brian Tyler will once again be taking on the high banks of Anderson Speedway for the 71st Annual Pay Less Little 500 presented by UAW. The two-time winner of the famed race will be looking for his 27th start in the Little 500. 2019 will see some major changes to his non-wing sprint car program.

The Parma, Michigan driver will be entering the race for the first time as an owner/driver. Tyler purchased the #44 car from the Contos Racing Team in late February.  Larry Contos was a longtime car owner in the Little 500; however, his impact on the Little 500 is something that will never be replicated. Larry passed away in September of 2018. Tyler had driven for Larry Contos 12 times over his 26 starts. Across those 12 starts he was able to win his second Little 500 and give Larry Contos’ his long desired first win in the Little 500.

Over the winter, the Contos family over the winter felt the best decision was to sell the race team.  The cars and engines have been bought by multiple parties, but Tyler ended up with the #44. The family, however, won’t be completely stepping away from racing. They will still be an instrumental part in the Little 500 with this year’s race honoring Larry Contos.

Tyler is coming off of a 2018 Pay Less Little 500 presented by UAW that he would like to move on from. After a subpar qualifying attempt that saw him in the 24th position, the team elected to take the qualifying time and not risk missing the field. He was teammates with former Little 500 winner Shane Cottle and Issac Chappel. The race was worse for Tyler than the qualifying position.  Tyler retired from the race with engine problems on lap 41, finishing in 33rd position. The one bright spot of the weekend was Brian Tyler being awarded the Robbie Stanley Sportsmanship Award. The award is voted on by his fellow competitors.

Tyler was the 1997 and 1998 National USAC Sprint Car Champion driving for Larry Contos. He also made multiple starts in IndyCar and the NASCAR ranks. In recent years he has made multiple USAC Silver Crown starts and will be looking for his 27th Little 500 start in May.

“Nothing compares to driving to sprint car,” said Brian Tyler. “Driving a sprint car is like riding a jet powered pogo stick.”