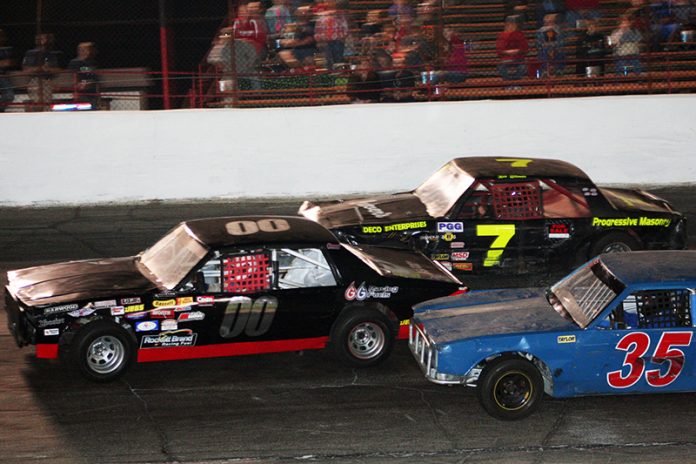 Central Indiana racing fans can get that final fix of 2015 on Saturday, December 5. The day will include 145 laps of feature racing among five divisions.

Young fans will have to the opportunity to get their picture taken with Santa Claus on the midway from 11:30 a.m. to 1 p.m.

The Street Stocks, where Josh Poore is the 2015 champion in the division, will be in action with a 40 lap race. Champion Matt Tharp will lead the Marcum Welding Pro Compacts in a 25 lap feature and the also entertaining Mini-Cups will run a 30 lap feature.

The Thunder Cars will be making their third appearance of the year in preparation for a full season of racing action in 2016 with a 30 lap feature and for the first time in 2015 the Front Wheel Drive Division drivers will be in action on the Figure-8 course for 20 laps of crossover action.

Adult fans bringing a new toy for the annual Toys for Tots drive will receive $2 off the cost of admission.