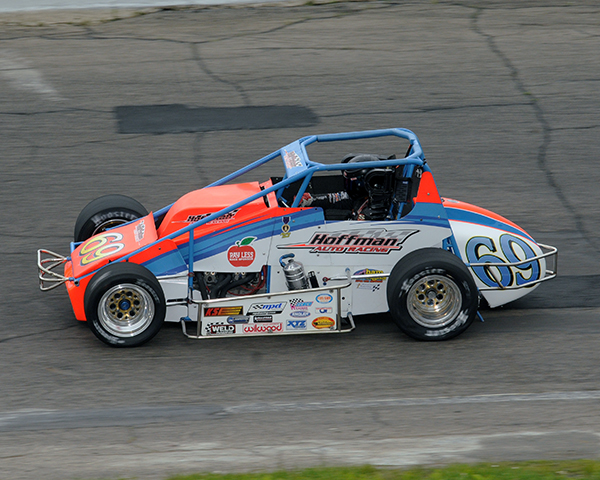 ANDERSON – “Smoke” is coming to Anderson Speedway to compete in the 69th running of the Pay Less Little 500.

Tony Stewart, 45, the three-time NASCAR champion and former IndyCar champion will be scratching the Pay Less Little 500 presented by UAW-GM off his bucket list. He retired at the end of the 2016 NASCAR season and plans to continue racing a variety of cars on short tracks around the country.

Stewart will be driving the famed No. 69 Hoffman Auto Racing sprint car in the May 27 classic.

“It’s happening,” he said. “For our sponsors and our team it was a hard one to pass up.”

Waechter said the team is concentrating on the one sprint car for Stewart in May and won’t field a second entry for Swanson.

“We certainly would provide a car for Kody (Swanson) if we could,” he said.

Last year Stewart called the Hoffman’s in victory lane at the Little 500 to congratulate the team.

“That race is on my bucket list so keep me in mind for next year,” Waechter said of how the process started to secure Stewart as the driver.

“I didn’t think I could get any more excited at the time, but I did,” team owner Richard Hoffman said in a press release. “Tony driving this race for us will go down as a highlight in the storied 88-year history of HAR. Needless to say, my son Rob will come out of retirement to prepare and crew chief the car.”

It won’t be Stewart’s first outing in the Hoffman car.

“I’m thrilled to make my Little 500 debut with Hoffman Auto Racing,” Stewart said in the press release. “It’s a privilege to have the opportunity to compete in such a historic race with this team.  Ironically, my only other outing in the Hoffman No. 69 was at Eldora Speedway, long before I owned it. The team was strong then and it has remained strong. Their win in last year’s Little 500 proved it, and I’m looking forward to driving their race car.”

Rick Dawson, owner of Anderson Speedway, said Stewart coming to the Little 500 confirms the stature and prestige of the race.

“For someone like Tony Stewart who wants to come and run the race says a lot about the importance of the Little 500 in the racing community,” Dawson said.

Dawson said it will be difficult for Stewart to win the race as a rookie, a feat that was last accomplished in 1972 by Jeff Bloom, but if anyone can do it, Tony can.

Dave Argabright, a long-time racing columnist, said the announcement of Stewart competing in the Little 500 confirms the fact the race is unique and can’t be compared to anything else.

“What it shows that a guy like Tony Stewart has the Little 500 on his bucket list and at his first opportunity makes plans to run the race,” he said.

Argabright said Stewart is coming to the race with a formable team and he could win the race.

Argabright said Stewart competed at Anderson Speedway in a sprint car in the 1990s for an Emge 50 race the week before the Little 500. He drove for Steve Chrisman and experienced brake problems.

Stewart became the first driver to win the USAC Triple Crown in a single season when he won the USAC midget, sprint car and Silver Crown championships in 1995.

Stewart adds to the growing list of drivers already entered into the Pay Less Little 500 presented by UAW-GM. The list of drivers already includes four previous winners. Tickets are selling at a rapid rate and you can purchase tickets Monday thru Friday from 10 a.m. to 4 p.m. by calling (765) 642-0206 or coming to the main office at the track.