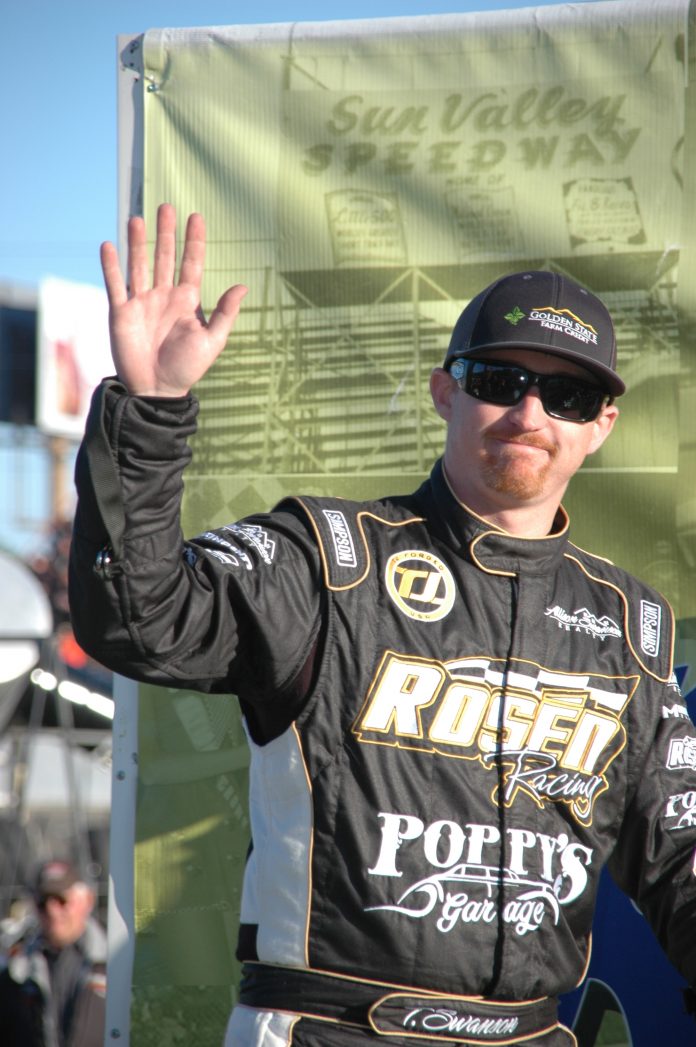 Anderson, Indiana (May 17, 2022): Tanner Swanson will replace Aaron Pierce for the 2022 Lucas Oil Little 500 presented by UAW. Pierce, a 19-time starter in the Little 500, will be stepping out of the ride, due to a recent health issue.

“It’s obvious, isn’t it?” Pierce said when asked why Swanson was his choice. “I couldn’t believe he didn’t have a ride already. He is fast everywhere he goes on pavement and we have had good comradery racing over the years.”

Swanson will be taking the reins of the Sam Pierce Chevrolet Number 26. Swanson will continue to be sponsored by Sam Pierce Chevrolet, Zak Ali, and AP Driver Development as the primary sponsors for Pierce’s entry. AP Driver Development is led by Aaron Pierce as he sets his sights on the next step of his racing career, while continuing to race himself. Developing young talent and being a mentor for the next generation of racing has become a focus for Pierce.

Swanson’s Week of Indy will also include the Silver Crown and Pavement Midget Ride races at Lucas Oil Indianapolis Raceway Park on Friday Night. The three-time starter in the Little 500 will look to improve on his 3rd place finish in 2021.

“I am definitely excited to return (to Anderson Speedway),” said Tanner Swanson. “I was finally able to put a little 500 together last year and finished behind two of the best (Tyler Roahrig and brother Kody Swanson). I am fortunate to be able to race for Aaron and Sam Pierce. They always bring good equipment to the race track.”

Swanson will contest a newly built V6 Sprint Car that Pierce and team have been testing over the past two years. It is a similar engine combination that he competed with in last year’s  Little 500 with Nolen Racing. With the car having gone through its initial shake down a couple weeks ago, the team will focus on getting Swanson up to speed and comfortable in the car.

Pierce will still be present at the Little 500 as he will handle set up and pit strategy decisions for Swanson during the race. Aaron Pierce and his team have made 19 consecutive starts in the Little 500. He currently holds the 1-lap and 4-lap qualifying records at Anderson Speedway in a non-wing sprint car. That record has stood the test of time, as it has remained the fastest time for over a decade. He has two pole positions, five top fives and five top tens in his 19 attempts in the Little 500.