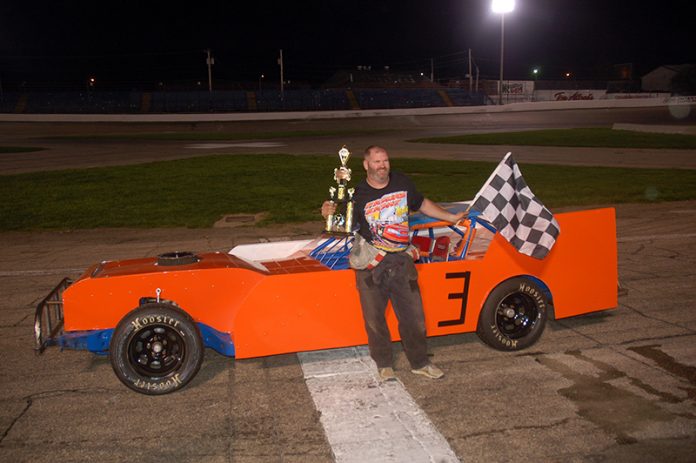 Swinford took the lead at the start from Bruce McFall with Tharp running third. On the second circuit Tharp was able to get inside of McFall entering turn one and the battle of wits for the lead started.

Tharp looked high and low in an effort to get around Swinford for the lead, but every time found his move countered by Swinford. The battle came to an end on lap 22 when Tharp parked his ride with a transmission problem.

Swinford went on to record the victory over Nick Warner by 2.8-seconds with McFall coming home in third.

During the heat race Swinford took the early lead with Tharp running in his tire tracks.

On the final lap Tharp was able to slip inside of Swinford on the back straight to get the win by less than four-tenths of a second followed by Warner.