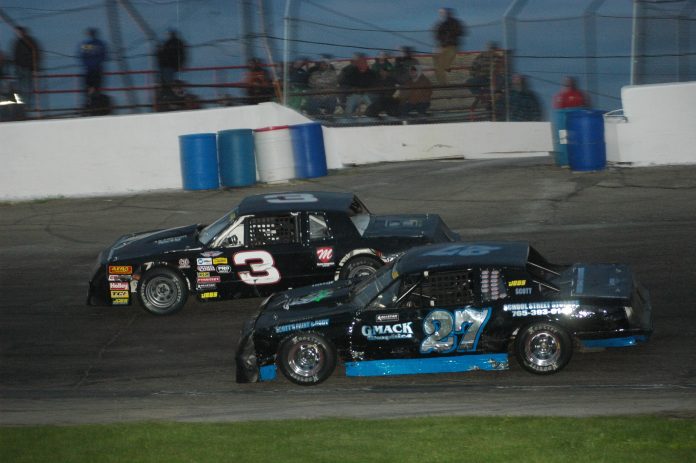 Local teams will be looking to protect their home turf when the Champion Racing Association’s Super Series for late models and Street Stocks make their first appearances of 2017 at Anderson Speedway.
Because of wet weather the racing program has been rescheduled for Sunday with racing starting at 4 p.m. Qualifying is set for 2:30 p.m.
The super late models will be competing in the 125-lap Koorsen Fire & Security 125 with the Street Stocks competing in a 75-lap feature and a $1,000 to win Thunder Car 100-lap feature on AERCO Heating and Cooling Night at the Races.
In addition to a win in the Koorsen Fire & Security 125 drivers will be looking to guarantee a starting spot in the U.S. Short Track Nationals at Bristol Motor Speedway on May 21.
Defending Anderson Speedway late model champion Jeff Marcum will be making his first ever series start in a super late model and will be joined by 2015 champion Jack Dossey III.
Dalton Armstrong, the 2016 rookie of the year in the CRA Super Series, will be looking to follow up his dominating win last year in the Red Bud 300. Phil Jenkins, the 2016 CRA Street Stock champion will be competing in a car prepared by Scott Neal Racing.
Defending Super Series champion Cody Coughlin is scheduled to compete along with Brian Campbell, the winner at Toledo Speedway and three-time champion Johnny VanDoorn is competing.
The Indianapolis father and son duo of Eddie and Billy VanMeter will be seeking the victory.
The Street Stock field will include Anderson drivers Josh Poore and Andrew Cook with the
Indianapolis father and son team of Jimmy Kirby and Jimmy Kirby III seeking a return to victory lane.
Kentucky driver Chuck Barnes Jr. has won the first two CRA Street Stock events and is locked into the starting field at Bristol.
Local standouts Colby Lane and Jacob McElfresh, currently second and third in the point standings will be looking for their first win of 2017.
Brad Cain returned to racing with a win in the opening event for the Thunder Cars.
Adult tickets are priced at $15, $4 for children between the ages of 6 and 12.