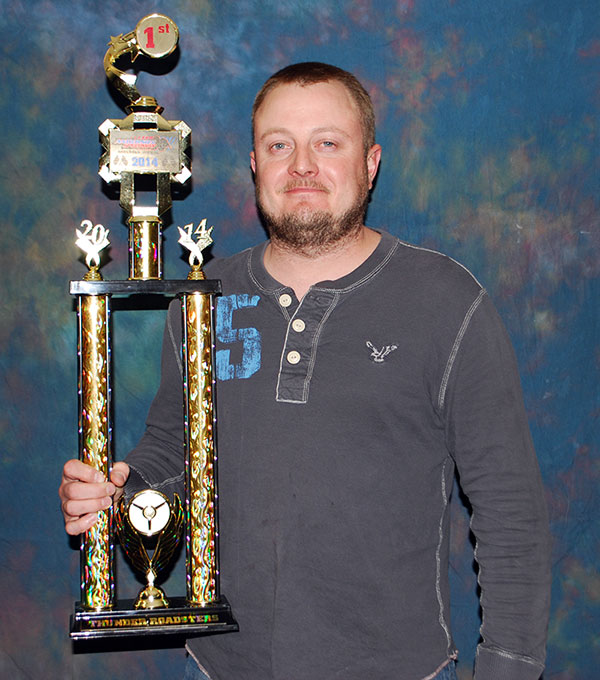 Frankton driver John Robbins is no stranger to regular fans of Anderson Speedway competing for several years in the Legends Division and for a second season in the Thunder Roadsters.

“It started as a joke,” Robbins said of racing a Thunder Roadster, “when I bought the other car.

“The Roadsters are a little more forgiving than the Legend car,” he said. “The longer wheel base makes it possible to maintain control.”

Robbins was followed in the point chase by Doug Dugger with two feature wins, nine top five and nine top ten runs during the year.

Marty Griffin was third in points with seven top five and nine top ten showings during the year. Brad Kendall came home fourth in points followed by Ross Schoeller, who recorded his first career heat win during the season.

Schoeller was named the Rockie Tharp Sportsman of the Year and Dugger took home the Dedication award for the division.