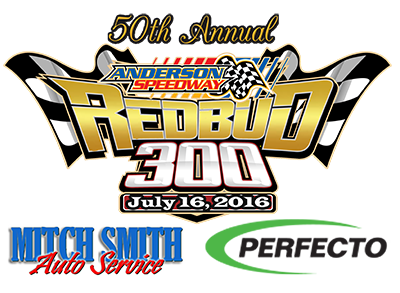 Some of the up and coming stars of super late model racing will invade Anderson Speedway for “Late Model Weekend” starting on Friday.
The weekend activities begin on Friday with the PGG Shootout on Intersect Night at the Races for the Champion Racing Associations Sportsman Late Models with drivers competing for a record purse of $2,500 to win.
This year Eddie VanMeter and Terry Fisher Jr. have recorded CRA late model wins at Anderson Speedway with current McGunegill Engine Performance Late Model point leader Jeff Marcum looking to defend his home turf.
Qualifying is set for 6:15 p.m. and racing action at 7:30 p.m.
The 50th running of the Redbud 300 presented by Mitch Smith Auto Service and Perfecto Tool & Engineering caps off the weekend’s action.
Young guns, some of whom have already made starts in NASCAR, will be looking to capture the second jewel in the CRA Super Late Model Triple Crown.
Point leader Cody Coughlin and runner-up Dalton Armstrong will be trying to score the victory
over drivers traveling to Anderson from around the country.
William Byron, a winner in the Camping World Truck Series, will be making his first ever appearance at Anderson Speedway and is joined by Zane Smith and Dalton Sargeant.
Former Redbud 300 winners Steve Dorer and Johnny VanDoorn will be seeking a second victory in the race. Georgia veteran Bubba Pollard will be looking to win for the first time.
Qualifying is set for 4:15 p.m. with the start of the Redbud 300 at 7:30 p.m.
Adult tickets are priced at $12 for Friday and $25 for the Redbud 300. A two-day ticket is priced at $30. Redbud 300 tickets purchased in advance are $20.