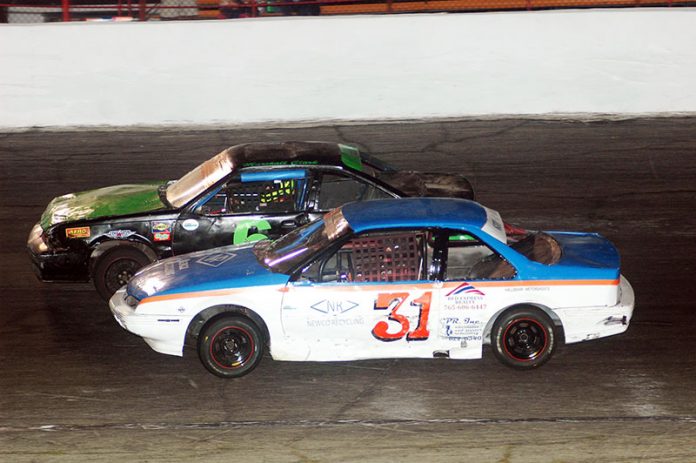 It was a season firsts for Ronnie Phipps in the Front Wheel Drive Oval Division last Saturday at Anderson Speedway. For the first time this year Phipps set fast time during qualifications, won his first heat of the season and topped the night off with his initial feature victory.

The early lead in the feature was claimed by Marshall Clark followed by Dylan Hoppes, Phipps, Billy Hooten and Jerry Dane.

Jeff Saxon moved into the fifth place on the second lap with a pass of Dane on the front straight.

Phipps used the high groove to pass Hoppes entering turn three on the third circuit and two laps later charged inside of Clark  entering turn one.

The race was halted on lap 12 when Benjamin Short made contact with the outside wall and collected Dane. Jesse Thomas running in the high groove hit the turn four water barrels.

On the restart Phipps pulled away from the field to win by more than 4-seconds over Clark. Hoppes, Hooten and Saxon rounded out the top five.

There was plenty of action in the first heat race with Phipps not taking the point from Jeff Saxon on lap seven with an inside pass entering turn three.

Jerry Swinford led the first six laps before being passed by Saxon.  Swinford, Dane and Hoppes rounded out the top five.

Austin McKinney recorded his second heat win of the season by passing Mike Alley with an inside move entering turn three with two laps remaining.

Short led the first lap before Alley took the lead with an outside pass on the front straight.

Following McKinney and Alley to the checkered flag were Brandon Lee Cook, Short and Andy Keller.