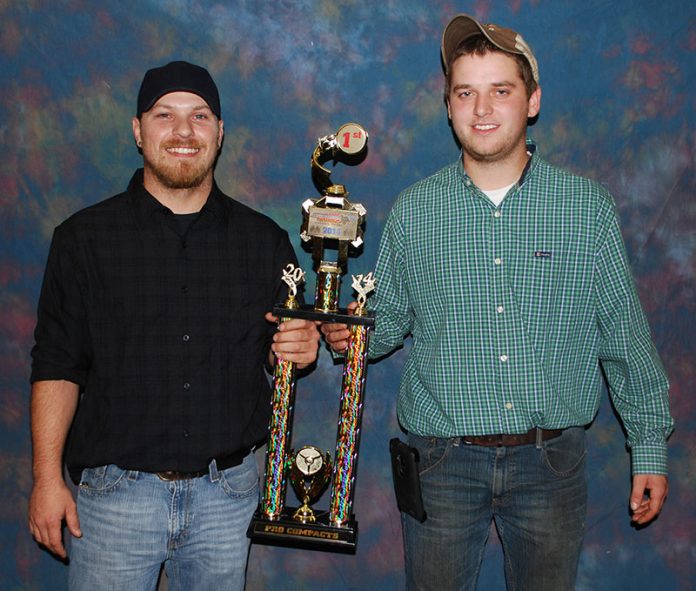 When the Pro Compact class was added to the Anderson Speedway schedule during the 2014 season, Ron Phipps and car owner Kevin Harmon didn’t plan on running for a title.

But when the season ended it was Phipps wearing the champions crown with Jeff Williams driving to a feature win in the final point race of the season for the team.

“It was a lot of fun,” Phipps said. “We were putting together a car for the 100-lap race and decided to go for the championship.”

All told the trio of Phipps, Harmon and Williams recorded a total of six feature wins.

Phipps was named the Roky Tharp Sportsman of the Year for the division with Harmon receiving the Dedication award.