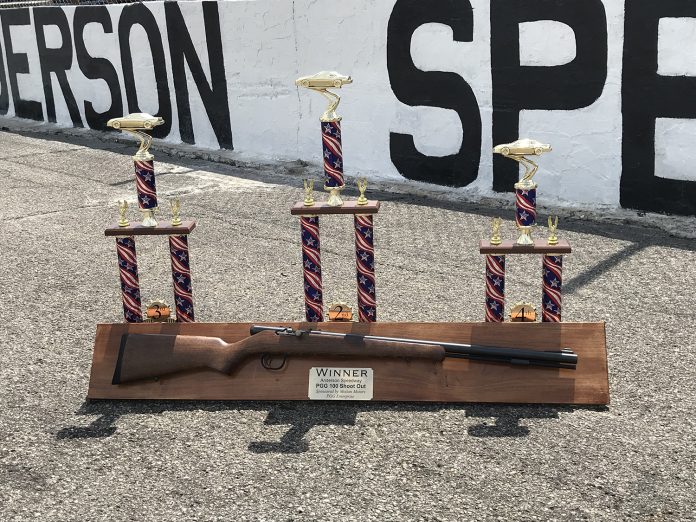 Salem, IN (July 10, 2018) – The Vore’s Welding CRA Late Model Sportsman Powered by JEGS will be back in action this Saturday in the Motion Motors/PGG Shoot-Out 100 at Anderson Speedway located in Anderson, IN, in the first of three series events at the fast quarter mile this season. The event is part of the huge Parallax Power Supply Redbud 400 Presented by Mitch Smith Auto Service and Perfecto weekend, which will also include an open practice for the ARCA/CRA Super Series on Sunday, then the Parallax Power Supply Redbud 400 on Monday.

Saturday’s Motion Motors/PGG Shoot-Out 100 is the second event in the new Triple Crown Series for the Vore’s Welding CRA Late Model Sportsman, which will feature three 100 lap, $2000 to win events, and a point fund that will pay the Triple Crown Champion $1000. There will also be two random draw winners for $500 each from all teams that have attended all three Triple Crown events. The Triple Crown Series opened up with the Raintree 100 at Mt. Lawn Speedway on Sunday, July 1st, were Anderson’s own Jeff Marcum came away with the win. The Championship event for the Triple Crown Series will be at Baer Field Motorsports Park on August 18th.

In addition to the top purse amounts, racers will be vying for multiple trophies in the event. The top Anderson Speedway drriver and the top CRA Driver will each win a nicely mounted Rifle Trophy. Trophies will also be given to each competitor in the top four. The event’s fast qualifier will also take home a trophy clock to commemorate their top effort.

The Vore’s Welding CRA Late Model Sportsman kicked off their 2018 season at Mt. Lawn Speedway, on May 27th were Danny Trent went to victory lane. The series second event was contested on Saturday, June 23rd at Baer Field Motorsports Park were Tommy Cook took the win. The third event of the season was the Triple Crown event at Mt. Lawn Speedway on July 1st. Danny Trent is currently locked into the “CRA Chase for the Championship” if he races in 70% of the series races leading up to the final four Chase events.