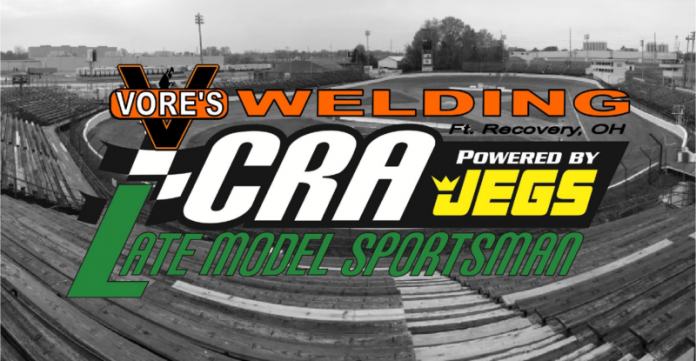 With the invert Marcum started fifth in the 19-car field and was running third behind Austin Coe and Tony Brutti after the first circuit. He moved underneath Brutti on a restart on lap 11 and started putting pressure on Coe, finally taking the point on lap 18 with an inside pass coming off the fourth corner. Fast qualifier James Kirby III climbed from the eighth starting spot and was running third when the second caution flag waved on lap 26. Kirby passed Coe on the restart and ran glued to Marcum’s tail for the next 35 laps with Ronnie Rose moving up to third. Rose and Coe swapped the second spot several times over 14 laps when the fifth and final caution flag waved on lap 83. Rose claimed the second spot on the restart but it was Marcum pulling away from the field for the victory by 2.5-seconds with Rose, Kirby, Dan Leeck and Coe rounding out the top five. With Marcum on the point there was a good battle for the next four positions all finishing separated by a second. It was Leeck’s first ever start with the Sportsman Late Model division, he is a two time CRA JEGS All-Stars Tour champion.

Elliott McKinney captured the Front Wheel Drive Figure 8 race by a comfortable margin over Ricky Craig and Mike Alley. McKinney’s closest rival Randy Owen was forced to withdraw from the race with a mechanical problem. Shelbie Crabtree has been close to a feature win in the Hart’s Auto Ford Crown Vic Division and finally pulled into the winner’s circle. Crabtree led all 20 laps but had to hold off William Carkuff for most of the race before opening a lead in the late stages. Tyler Terry came home in third after winning the heat race.