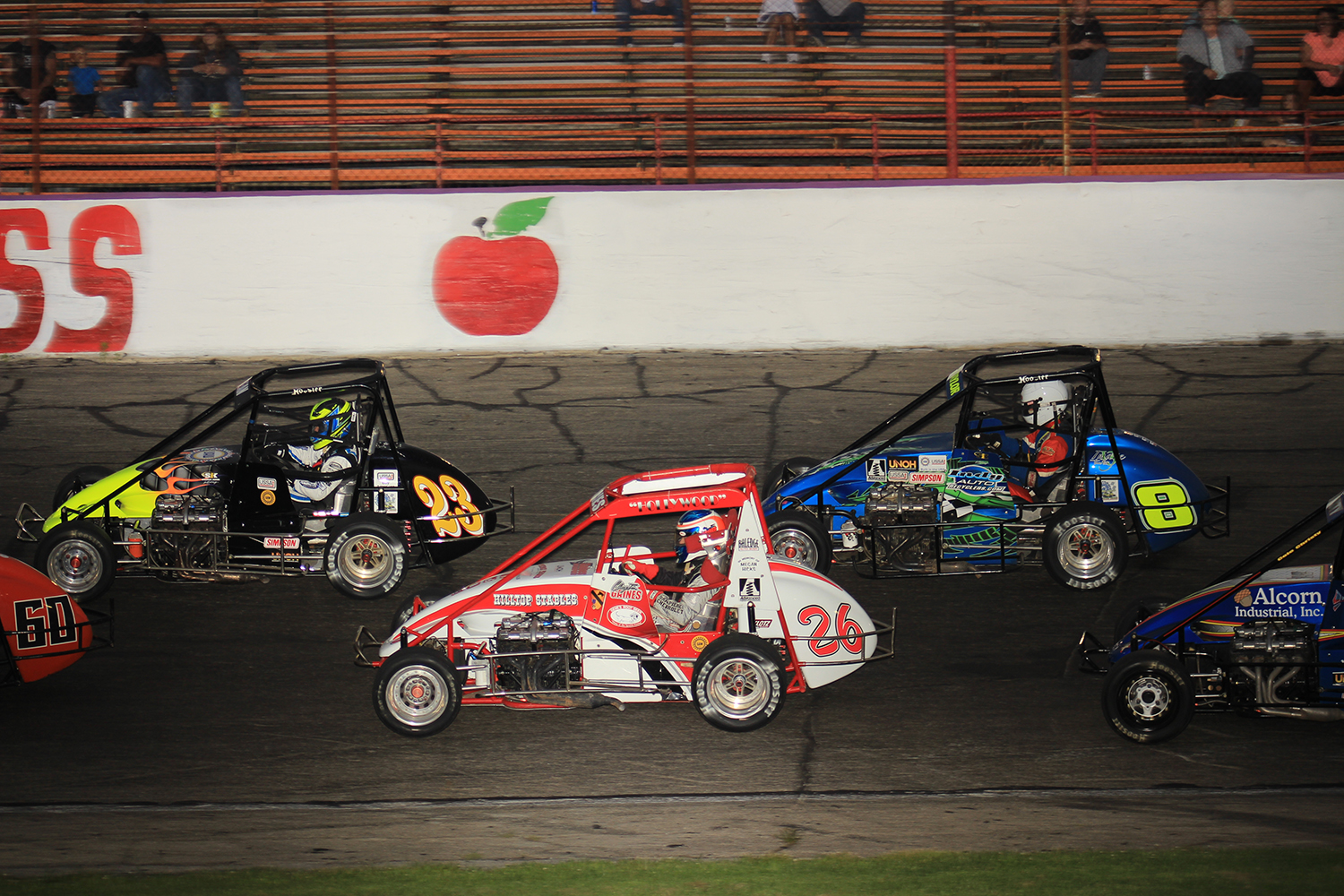 (Lebanon, IN) As the United States Speed Association kicks-off the celebration of its 10th year of racing, it’s appropriate that two former Driving Champions will square off on the high banks of Anderson Speedway Saturday night. 2016 and 2017 Champion Dameron Taylor will be joined by 2011 Champion Jessica Bean when the green flag drops on the 30-lap feature race.

Trey Osborne, Logan and Ryan Huggler, will join Taylor and Bean to compete for the checkers Saturday night. Osborne has two feature wins at Anderson Speedway while the Hugglers have each scored one victory. Pendleton native Colin Grissom calls Anderson his home track and would like to open his sophomore season with a win. 2017 Simpson World Rookie of the Year Kameron Gladish along with his sponsor Little 500 Hall of Famer Gene Nolan have their sights set on victory lane as well.

The USSA Mel Kenyon Midgets will begin its celebration of 10 years racing at Anderson Speedway this Saturday. Spectator gates will open at 3:00, with practice for all divisions beginning at 3:00, qualifying at 4:30 and racing starting at 6:00. Adult tickets are $12, with ages 6 – 12 $4 and kids five and under are free.