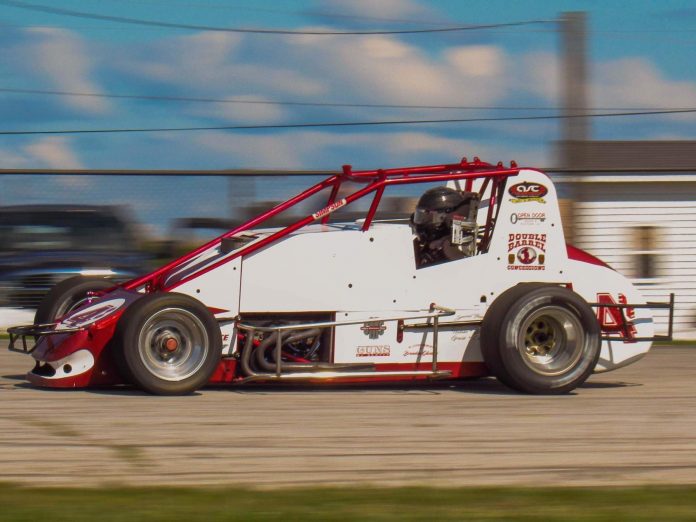 Kyle Hamilton, a former winner of the Pay Less Little 500 presented by UAW, will be competing in the September 12th Glen Niebel Classic at Anderson Speedway. The Danville, Indiana native will be behind the wheel of the Craig and Jessica Fordyce No. 4 for the 20th running of the event.

This will be Hamilton’s third non-wing pavement start of 2019. After a 23rd place finish in the Little 500 with Bob East/Terry Klatt, the team turned their attention to the USAC Silver Crown schedule. Hamilton competes in the pavement portion of the schedule while Brady Bacon runs on the dirt tracks. Hamilton was able to win his first silver crown race during the Dave Steele/Carb Night Classic in May. The silver crown team is leading the owner’s championship with two races remaining.

After the conclusion of the pavement portion of the USAC Silver Crown schedule this past Saturday, Hamilton is rejoining Fordyce Racing. This is the second time this season that Hamilton has piloted the No. 4 non-wing sprint car. The car has competed at numerous non-wing races over the past three years, driven primarily by CJ Leary. CJ’s best finish came in the 2018 Little 500 where he finished in the 13th position. Chase Jones also ran one race for Fordyce Racing which was in last year’s Tony Elliott Classic. He finished in the 8th position.

Fordyce Racing and Kyle Hamilton joined forces for the first time at the Auto Value Super Sprint Race at Baer Field Motorsports Park. The team was able to pick up a heat win and a top 10 finish in the feature. They will be looking to improve upon that in the upcoming Glen Niebel Classic.

Two local companies, F&E construction and ASC Graphics both of Pendleton, Indiana, have jumped on board for the Glen Niebel Classic. The team continues to receive support from Double Barrell Concessions, Open Door Reality, CSM, Guns by Scotty, and Curtis Motor Sales.

The Glen Niebel Classic presented by CB Fabricating and Thompson Insurance is scheduled for Thursday, September 12. Front Gates will open at 5:00, Qualifying at 5:30, and Racing set to begin at 7:00pm. Joining the non-wing sprint cars on Thursday are the K&M Tool and Die Mel Kenyon Midgets, and Thunder Roadsters. Admission is $15 for Adults, Kids (6-12) $4, and Ages 5 and under Free.