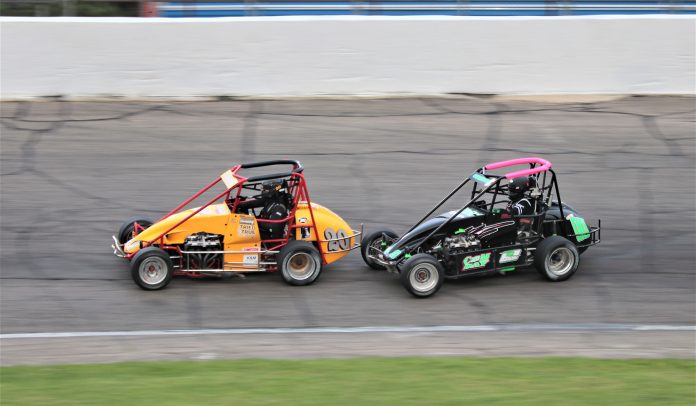 (Lebanon, IN) The Day Transportation Mel Kenyon Midget Series is set to finally open its 2020 racing season this Saturday at Anderson Speedway.  The 2nd Annual Dick Jordan Classic presented by Last Chance Wrecker will see the teams take to the high banks in what will hopefully be the only spectator free event of the 2020 season.  2019 Driving Champion Kameron Gladish earned his victory of the 2019 season in the inaugural Dick Jordan Classic.

Anderson Speedway officials decided to run this event without spectators in support of the race teams that regularly compete at the track. Fans will be able to watch the entire night of racing live on Speed51.com for $9.99. The track will also be asking all competitors to respect the call for social distancing as well as other special rules for this event to help prevent the spread of the COVID 19 virus.

In a first look at the drivers for 2020, the question that needs to be answered is will Pendleton (IN) native Colin Grissom be able to pick up where he left off in closing out 2019?  Grissom won 5 races in the second half of the season, while mounting a furious charge to catch eventual driving champion Gladish.  Grissom hounded Gladish right to the final laps at Anderson Speedway.  When the checkered flag dropped on October 5th, Gladish ended up nipping Grissom for the championship by a mere 30 points.

Grissom and Gladish are expected to resume their battle right where they left off this Saturday night.  Both drivers know their way to Anderson Speedway’s Victory Lane and should be listed as favorites for the opening race of the 2020 Day Transportation Mel Kenyon Midget Series season.

The gates will open for competitors and officials only at noon, with practice set for 1:30 PM, followed by qualifying at 3:00 and racing at 4:00.  Thunder Roadsters, Pro Compacts and CRA Sportsman will join the Day Transportation Kenyon Midgets on Saturday’s racing card.

Click Here to purchase the Pay-Per-View for the Saturday, June 6.