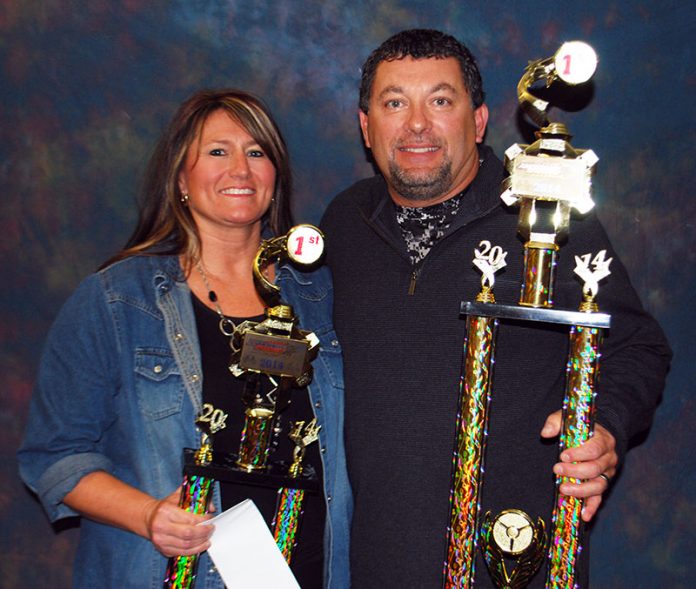 Curtis Chapman made it consecutive championships in the NASH-FM Thunder Car division but the outcome wasn’t decided until the final race of the year.

For the majority of the 2014 season it was Robbie Wyman at the top of the point standings. But two late season incidents allowed Chapman to close the point gap and he moved to the top spot with one race remaining.

For the eighth year in a row the champion wasn’t determined until the final race of the year.

“I’m lucky to be here,” Chapman said during the annual Anderson Speedway banquet at the Madison County Shrine Club.

Chapman was making reference to a spectacular crash that he was involved in during the season in a WOFS event.

“Robbie (Wyman) kept me on my toes,” Chapman said of the season long battle. “He should be the one standing here.”

As one of the drivers that fans either love or hate, Chapman had a comment for both.

“I want to thank my fans and my haters for keeping me fired up,” he said.

With the Thunder Car division being eliminated for the 2015 season, Chapman is planning to compete in the new Figure-8 series.

Wyman’s plans for2015 are unclear, but he won’t be competing in the Figure-8 cars.

Kyle Allmond was named Rookie of the Year.