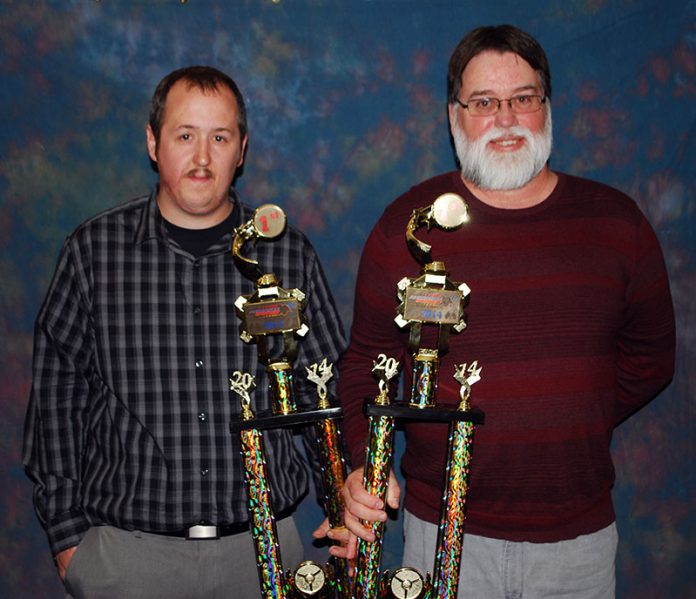 For the Street Stock team of driver Dustin Burge and car owner Jimmy Stevens the year ended with unanswered questions about the 2015 season.

The duo captured the Champion Racing Association championship in 2013 and followed that up with an Anderson Speedway title this past year.

During one of the last point races of the season, Burge demolished his race car when the throttle stuck and he made heavy contact with the turn one wall at Anderson Speedway in a CRA event.

With the help of Josh Poore, Burge climbed into Poore’s car for the final point race and claimed the title over 13-year-old Jimmy Kirby.

Kirby was named rookie of the year for the division.

“It was a tough year,” Burge said.

Unless the team can secure some sponsorship funding they’re doubtful of returning to competition in 2015 to defend their championship.

The road to the championship for Burge was one of consistency. He set fast time once and captured a feature victory. But he recorded seven top five and seven top ten finishes to secure the title.

Had Poore competed in all the events there was a good chance that he would have been crowned the champion. The Anderson driver set fast time five times and recorded four feature wins.