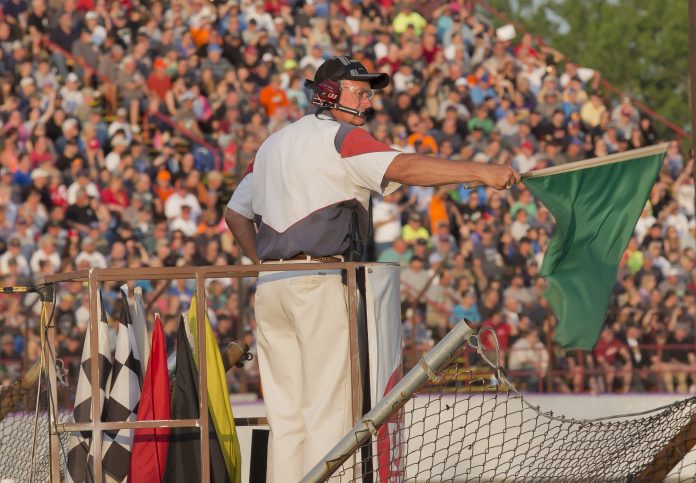 Behind the Scenes with Gary Mong

Vice President of Marketing since May of 2016. Started flagging at the track in August of 2008.

Gary has been coming to Anderson Speedway for 59 years. Gary’s parents attended the first race at then Sun Valley Speedway in July 1948.

Have you ever dropped a flag as a flagman?

He has never dropped a flag, but he did leave the checkered flag on the wall after a victory lane photo once. Luckily, he was quickly able to retrieve it during the Naskart Race.

Having the privilege of flagging the 2017 Little 500 that included the quickest Little 500 field in history with Tony Stewart and Ken Schrader competing in it.

Favorite Part of the Job?

Interaction with the sponsorship partners, crews, and fans.

His favorite flavor is Strawberry.