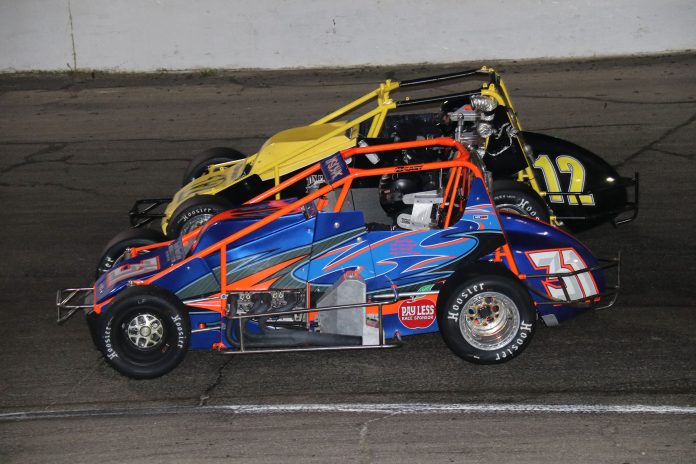 ANDERSON – There will be plenty of open-wheel racing action this weekend at Anderson Speedway topped by the 20th running of the Glen Niebel Classic.

Niebel was a legendary Little 500 car owner bringing the V6 engine to the event.

A strong field of non-wing sprint cars have already entered for the Saturday race sponsored by CB Fabricating including four former winners.

Kody Swanson the 2018 winner and Caleb Armstrong the 2014 victor are both among the early entries.

Pavement midgets are making their first appearance at Anderson Speedway in a decade with a 75-lap feature race with several drivers looking to compete in both events.

Expected to do double duty is Swanson, Santos and O’Gara.

The fifth annual running of the Don and Mel Kenyon Classic for the Day Transportation Kenyon Midgets will also be in action with a 75-lap feature.

There has never been a repeat winner in the race with Trey Osborne, Dameron Taylor, Tommy Kouns and Chris Lamb winning the longest race of the year for the Kenyon Midgets.

The Thunder Roadsters are back for a second week where Doug Dugger emerged the winner last Saturday.