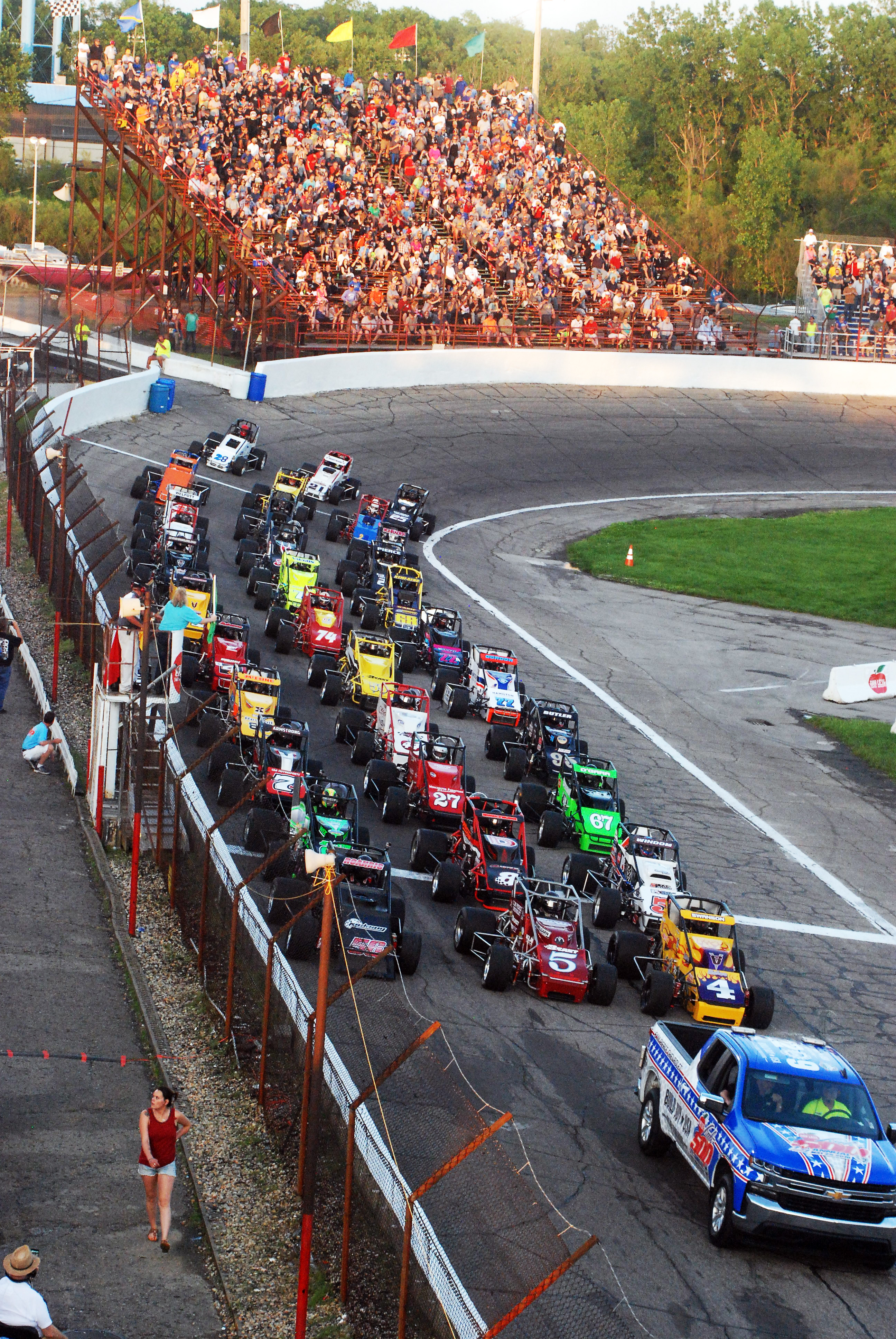 “In 2019, we continued to see the increase in popularity of sprint car racing at Anderson Speedway,” explained Jared Owen, Vice President of Operations – Anderson Speedway.  “We were extremely pleased with the response from race teams and fans. In 2020, we are excited to bring sprint cars and Late Models together in a special weekend in July.”

The 72nd Annual Pay Less Little 500 presented by UAW will once again run the Saturday Night of Memorial Day Weekend. The May 23rd classic will once again boast 33 sprint cars starting eleven rows of three. Teams will compete in 500 laps with two mandatory pitstops.  The week’s schedule will stay the same as it has over the past few years.  Wednesday will be a practice day with Thursday the “run for the pole” and Friday “bump day”.  Over 40 cars are once again expected to compete for the coveted 33 starting spots.  Kody Swanson will be looking to win for the third consecutive year.

Must See Racing Winged Sprint Car Series will make their way back to Anderson Speedway in 2020.  They will return on the first Saturday in May for the second consecutive year. Jimmy McCune won the 2019 event for McCune Motorsports. McCune set fast time and drew a 10 inversion in the race. He was able to battle through the field and take his fourth win at Anderson Speedway. This will be Must See Racing’s first race in the Midwest after starting the season in South Carolina.

Anderson Speedway will race three non-wing sprint car races outside of the Little 500 in 2020. They will be contested on Saturdays in July, August, and October. The July race will be run on the 11th. It will run the Saturday before the Redbud 400 on Monday, July 13th. The Redbud 400 has been the longstanding Late Model race at Anderson Speedway. More events will be announced in the coming months for the entire weekend.

The 21st Annual Glen Niebel Classic will return to a Saturday Night.  This change was made to make it easier on the traveling of the teams.  Fans were treated to a great race in 2019 that saw Tyler Roahrig win his second sprint car race at Anderson Speedway. The original race night was postponed by lighting and rain. The race resumed the following Thursday and saw Roahrig lead the last 64 laps.

The 5th Annual Tony Elliott Classic, named after one of the most caring people with an infectious smile, will once again see 125 laps of racing action. A large car count is expected as it is the last sprint car race competed in the Midwest. In 2019, Tyler Roahrig was able to pick up the victory, thus carrying momentum into 2020.

Reserved tickets are now on sale for the 72nd Annual Pay Less Little 500 presented by UAW. Tickets purchased before December 31st are $35.  After December 31st the tickets will cost $40. Call (765) 642-0206 ex. 21 to purchase your tickets today. Camping is available for every race in 2020 and is always free. No hookups or water are available. For more information visit andersonspeedway.com.