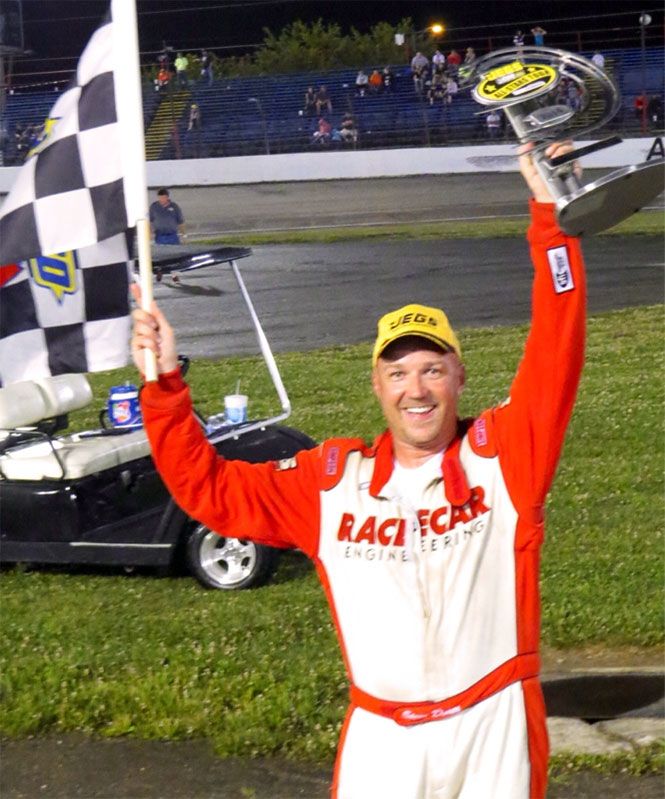 Dorer started on the pole position thanks the inversion of the five fastest qualifiers getting the jump on Cole Rouse to take the point going on the lead the entire 100-lap distance.

Dorer, the winner of the 2011 Stoops Freightliner Red Bud 300 had to wait out a rain delay and then hold off teenager Grant Quinlan with 15 laps on Edgewater Woods Alzheimer’s Awareness Night.

Josh Nelms pressed Dorer for the first 85 laps until Quinlan was able to claim the second spot with an outside pass on the front straight. For several laps before Quinlan made the successful pass the two drivers raced side by side.

Nelms brought out the seventh and final caution flag on lap 86 when he spun coming off the fourth corner while riding in the third position.

With Dorer electing to run the high side on the final restart, Quinlan was able to run side-by-side for the lead for several laps before falling in line Dorer.

At the checkers Dorer won by 1.5-seconds over Quinlan with JJ Hailey, Dalton Armstrong and Dan Leeck rounding out the top five.

Leeck’s top five finish was aided by the 90-minute rain delay that allowed the team to make repairs to his Chevrolet.

Trent Synder’s attempt to make it four consecutive wins at Anderson Speedway ended on lap four when he tangled with the car of Dominique Van Wieringen while the two were battling for third. 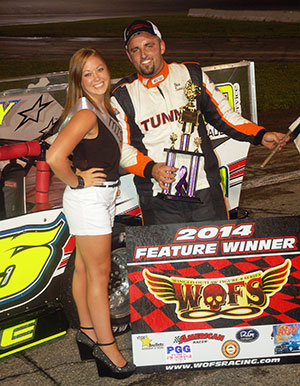 Tunny took advantage of the lapped car of Eddie Van Meter. to pass Chris Green entering turn one. Green opted to go outside of Van Meter while Tunjy went to the inside and took the point.

Early race leader Shane Cullen suffered a flat tire when he made contact with Jeff Shackleford who spun at the cross-over.