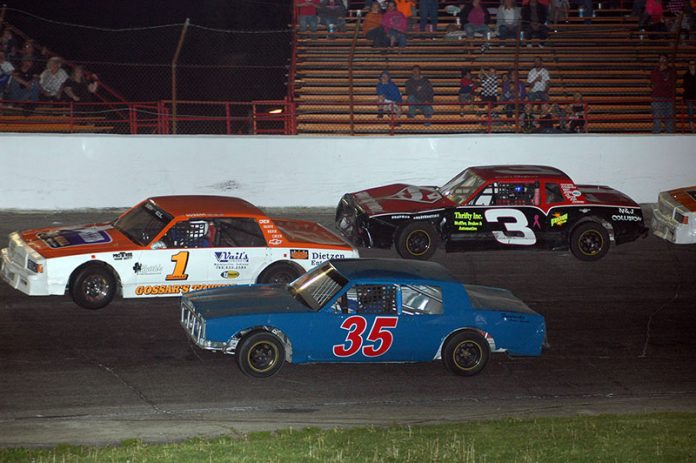 The Pro Compacts and the Vore’s Compacts Touring Series made a mid-season debut at Anderson Speedway and have provided some exciting racing action.

Heading into the season finale, Ron Phipps has constructed a 29 point lead over the Kevin Harmon owned No. 60 driven by Jeff Williams and Harmon. The remainder of the top five includes Adam Lee, Williams and the Darrell Hoppes No. 24 wheeled by Dylan and Randy Hoppes.

On Sunday, spectator gates open at 2 p.m. with the racing beginning at 5. Admission is $12 for adults and $4 for kids ages 6-12. Children five and under get in free.