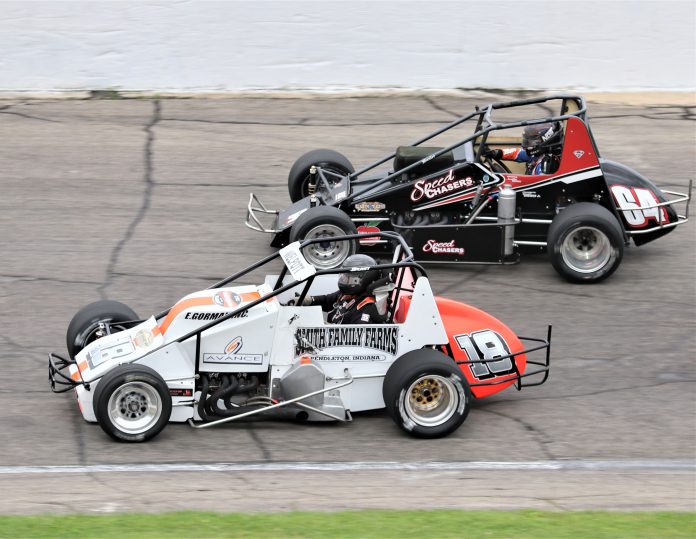 ANDERSON – The 21st running of the Glen Niebel Classic will kick-off non-wing sprint car action for 2020 at Anderson Speedway this weekend.

The Glen Niebel Classic presented by CB Fabricating tops a night of open wheel racing along with the McGunegill Engine Performance Late Models on Saturday.

The sprint car classic is a lead in to the 54th running of the Redbud 400 presented by Mitch Smith Auto Service and Perfecto on Monday.

The Day Transportation Kenyon Midget Series competitors will be in action for the 4th annual Don & Mel Kenyon Classic which is a 75-lap event.

The race will honor the name of long time car owner and engine innovator, Glen Niebel.

Niebel is known for his mastering of the V6 engine in the mid 80’s. He ran the V6 in the Little 500 with Bob Frey and Bentley Warren to great success.

Plymouth’s Tyler Roahrig won the rain delayed classic last year and followed that up with a victory in the Tony Elliott Classic last October.

Kody Swanson, a three-time Pay Less Little 500 winner, will be looking to capture his second Glen Niebel Classic having won the event in 2018.

Cousins Caleb and Dakoda Armstrong have entered the 21th Annual Glen Niebel Classic along with Chris Neuenschwander and Bobby Santos among the entries.