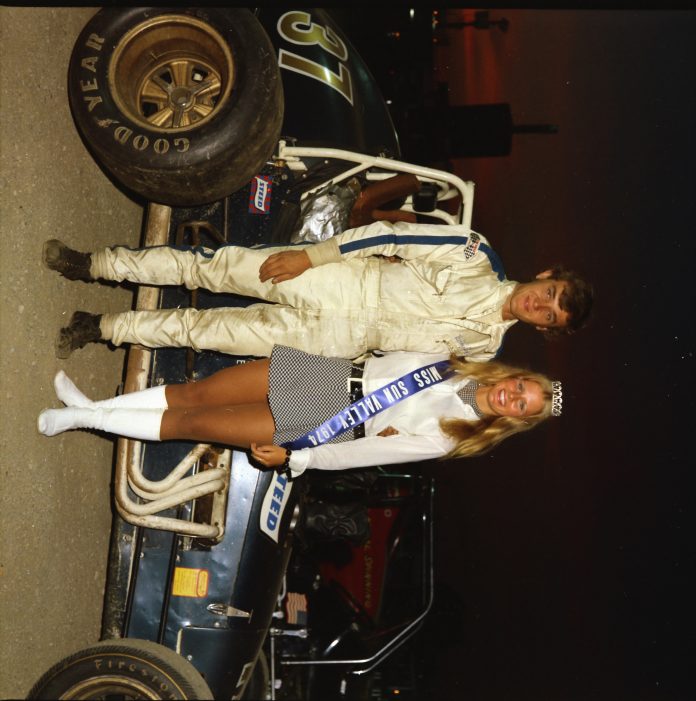 Weekday Sprint Car Racing has a storied past at Anderson Speedway

When “Thursday Nights Sprints” debuts at Anderson Speedway this Thursday night, it is only fitting that mid-week asphalt sprint car racing returns to the home of where it all began.

Long before national attention was brought to mid-week asphalt sprint car and midget racing in the 1980’s and 1990’s. Anderson Speedway was playing host to the same idea nearly two decades earlier.

In 1968 Rex Robbins, a local upstart promoter decided he would like to promote mid-week sprint car races that paid a pretty decent payout on Wednesday nights at Sun Valley Speedway (now Anderson Speedway). Robbins’ idea was a hit and the American Speed Association was born.

By 1969, the series was deemed so successful that a second year and an additional seven events running from June through August were scheduled. In 1970, at the urging of local track promoters, Robbins organized a traveling series for the ASA sprint cars and the popular mid-week series ended with only an occasional mid-week event dotting the Anderson Speedway schedule. Robbins folded the ASA sprint Car series after 1975 to concentrate on his fledgling traveling Late Model series.

The return of mid-week asphalt sprint car racing to Anderson Speedway is generating a buzz in asphalt sprint car racing not witnessed in nearly two decades. Some of the top sprint car drivers (both dirt and pavement) have committed to support these events. Kody Swanson, CJ Leary, Kyle Hamilton, Caleb Armstrong, Bobby Santos III, Aaron Pierce, Brian Tyler, and Kevin Thomas Jr. are just some of the early drivers who have indicated they will participate in Thursday’s inaugural “Thursday Night Sprints” event.

Anderson Speedway will run three “Thursday Night Sprint” races with the first being on June 21st. Outlaw Figure 8’s, K&M Tool and Die Mel Kenyon Midgets, and Thunder Roadsters will join the sprint cars on the 21st. Tickets for adults are $15, Kids ages (6-12) $4, and 5 and under are free. Tickets will be sold the day of the race at the main gate.
The following two races will be on August 2nd with UAW Night at the Races presented by Speedway Indoor Karting and Thursday, September 6.

Featured Image taken by Bob Sherman. The winner is Bob Frey from a 1974 ASA Sprint Car race at Anderson Speedway.