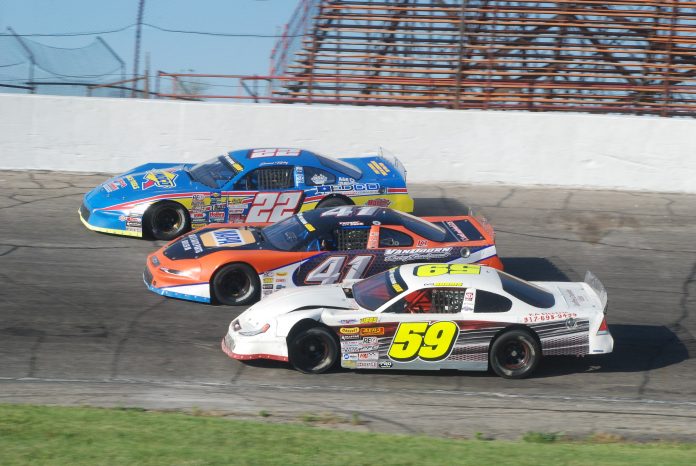 After having several events postponed or canceled because of the COVID 19 pandemic, the series began its 2020 season on June 6th at Anderson Speedway. The season opener saw one of the bigger Vore’s Welding CRA Late Model Sportsman fields in recent memory with a strong field of 26 cars taking the green flag. A strong group of Northeast Indiana drivers were a big part of the field, two of which battled late for the race win. It was veteran Tommy Cook taking the win while leading the most laps, but he had to earn it with 17-year-old Tanner Jack breathing down his neck for the final 15 laps.  Jack got to Cook’s rear bumper several times in the last 10 laps, but the multi-time Angola and Baer Field track champion held off the teenager in the closing laps to get the win.

2014 and 2019 JEGS/CRA All-Star Tour Champion Dan Leeck has filed an entry for Saturday’s race, which will be his Vore’s Welding CRA Late Model Sportsman debut. Leeck’s most recent race with CRA was the Redbud 400 on July 13th at Anderson Speedway with the ARCA/CRA Super Series, were he finished in ninth place.

Pit Gates open on Saturday at 3:30pm. The Vore’s Welding CRA Late Model Sportsman will have two practice sessions starting at 5pm. Allstar Performance Qualifying is set to begin at 6:30pm. The race program will begin at 8pm and will include the 100-lap special for the Vore’s Welding CRA Late Model Sportsman Powered by JEGS. Also racing Saturday will be the Anderson Speedway Ford Crown Vics and FWD Figure 8’s, along with the CSR Super Cups.