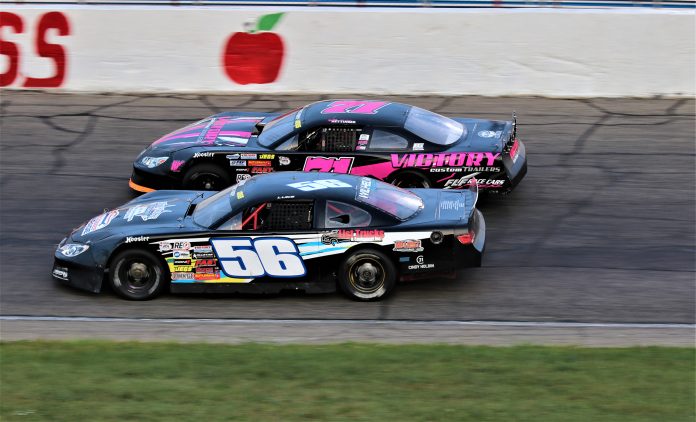 The Victory Custom Trailers CRA Junior Late Models was a new racing series in 2019 to focus on a youth movement for short track stock car racing that saw 10 to 15-year-old drivers compete amongst themselves for both experience and recognition in full size late models with an economical drive train and suspension alternatives. Chase Burda was the inaugural series Champion in 2019, he has now moved up to compete with the JEGS/CRA All-Stars Tour in 2020. Burda won both series events held at Anderson Speedway in 2019, including he Season Championship event.

Some of the key components for the rule package for the Victory Custom Trailers CRA Junior Late Models will be the mandated use of the $3900 factory sealed Chevrolet Performance 602 crate engine. Teams will also be utilizing less expensive rear ends, transmissions and springs and spec KONI Shocks. The series will also be racing on 8-inch steel wheels and utilizing 8-inch Hoosier Racing tires. The series will compete on 3/8 mile and under racetracks with most events consisting of 8 lap heat races and a 25-lap feature.

12-year-old Zack Wilhelm, 12-year-old Katie Hettinger, 12-year-old Dawson Knaul and 14-year-old Evan Varney all return for their second season with the series in 2020. Wilhelm finished third in the series 2019 Chase for the Championship, Hettinger was fourth and Knaul fifth.

There is an open practice on Friday, June 12th, pits open at 4pm, open practice will go from 5 to 8pm. Pits open on Saturday at 1:30 pm. Practice will begin at 4pm. MPM Marketing Qualifying will begin at 6:30pm for the Victory Custom Trailers CRA Junior Late Models. Racing action will begin at 8pm and will include 8 lap heat races and a 25-lap feature event for the Victory Custom Trailers CRA Junior Late Models. Also racing that night will be the JEGS/CRA All-Stars Tour Presented by Chevrolet Performance in a 100 lap feature, the Vores Compact Touring Series and Kenyon Midgets in a huge night of racing action that will be the first night fans are allowed to come watch racing at Anderson Speedway in 2020.

More track and event info can be found at www.andersonspeedway.com.