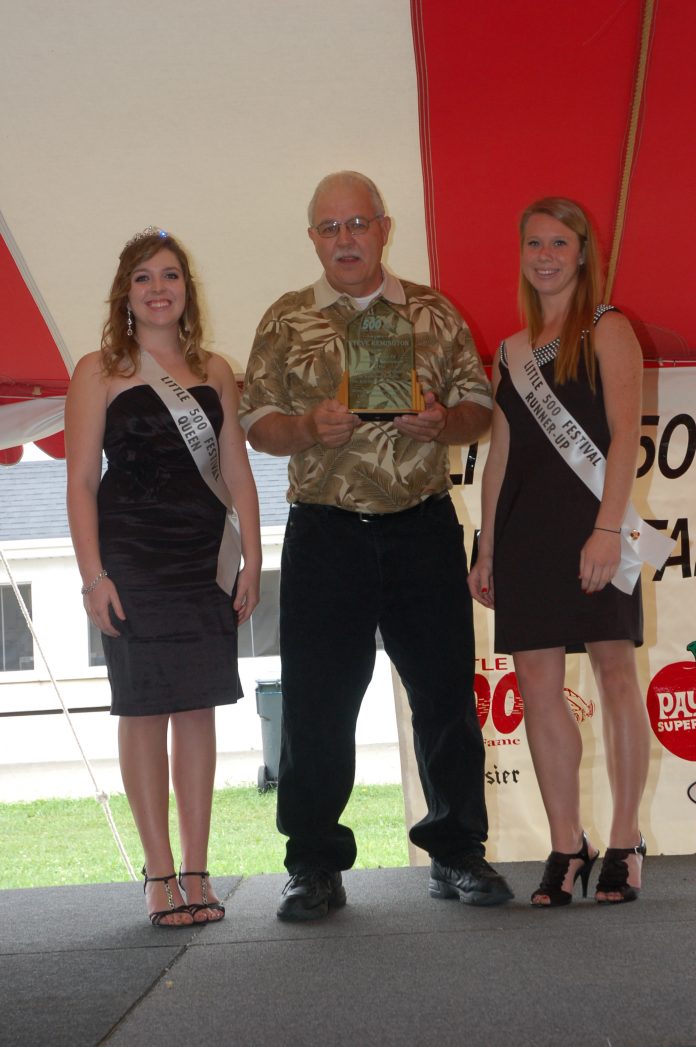 August 10, 2020 – Noblesville, IN – Veteran motorsports photographer Steve Remington (68) passed away at his residence in Noblesville, IN due to complications from Diabetes after an extended illness on August 8, 2020.
Born in Frankton, Indiana on August 25, 1951, Remington was a well-known racing photographer whose images graced National Speed Sport News, Mid-American Racing News, and Open Wheel Magazine among many publications for decades.

Remington was the track photographer at Anderson Speedway from 1995-2001 and Kokomo Speedway and Lincoln Park Speedways prior to that. Remington was named the official Little 500 photographer in the late 1980’s until his retirement from full-time in the early 2000’s.

The long-time lensman is best remembered for his iconic 1992 picture of Jack Hewitt’s four identically painted cars (sprint car, midget, late model, and USAC Silver Crown car) in the middle of Ludlow Falls in Ohio. The picture was no phot shopped image but rather a perfectly staged at the edge of a true waterfall in the middle of ankle-deep water.

Remington was inducted into the Little 500 Hall of Fame in 2011. He is survived by his wife Barbara (House) Remington.