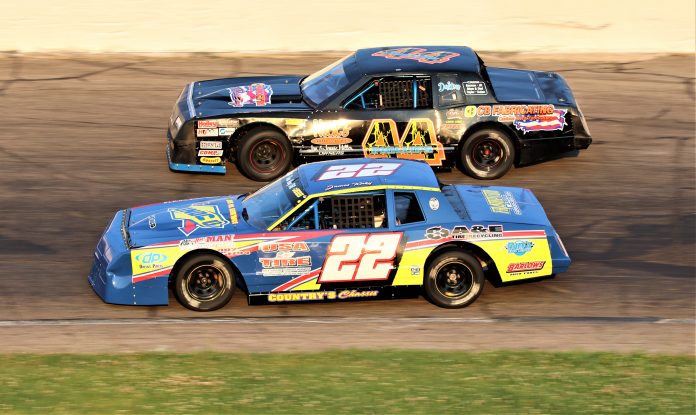 Because of the COVID Pandemic as well as weather cancellations and reschedules, the Van Hoy Oil CRA Street Stocks only got to race at Anderson Speedway one time in 2021. Owensboro, Kentucky native Brett Hudson came away with the victory in the 150-lap series event that was a series Triple Crown Championship event. It was the second of a series leading three wins that Hudson would get during the 2021 season.

There will be an optional open practice at Anderson Speedway this Friday from 4 to 7pm. On Saturday, pit gates open at 12:30pm. Practice will begin at 2:30pm with qualifying beginning at 4:30pm. The race program is set to begin at 6:00pm and will include the O’Reilly Auto Parts 75 for the Van Hoy Oil CRA Street Stocks. Also racing that night will be the season opening event for the Vore’s Welding CRA Late Model Sportsman, the Vore’s Touring Compact Series and the USSA Midgets.