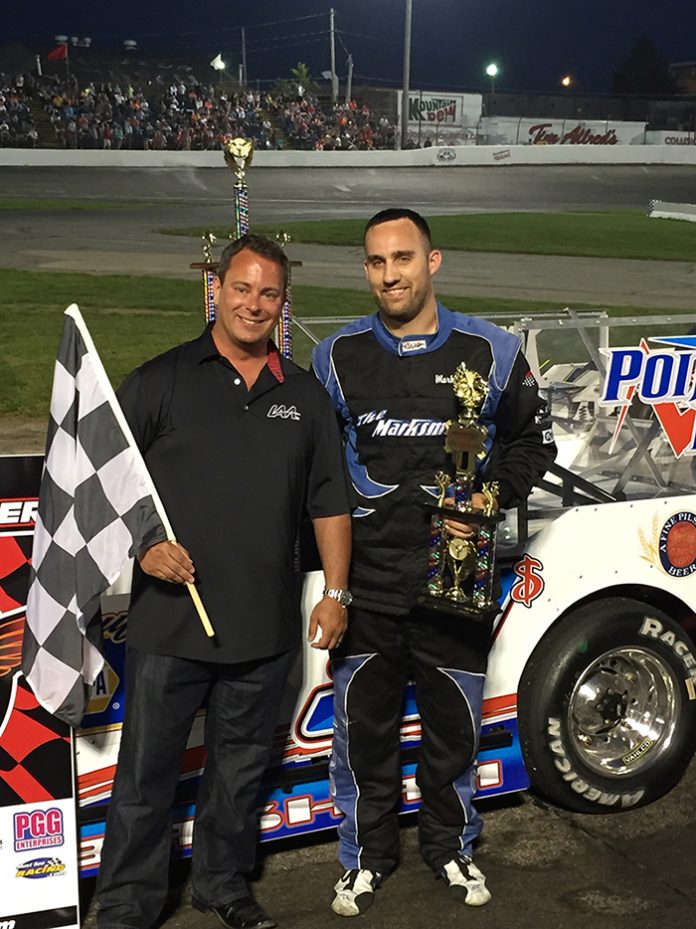 In Interstate Auto Auction WOFS figure 8 action, Doug Greig jumped to the point the first seven laps as the action in the crossover heated up. Austin Tunny used a slingshot move in the X to take the lead from Greig but met defending series champion Michael Hadley, Jr. at the intersection on lap 20. Hadley was done for the night while Tunny went to the pit for quick repairs and returned. Ben Tunny took over the point only to meet the same fate on lap 27with a collision with Dennis Whisman. Both were out for the night. Mark Tunny would become the leader and would not relinquish it to the checkers. Trailing cousin Mark were Brothers Jesse Tunny and Austin Tunny with Mike Riddle, Jr and Cory Harmon rounding out the top 5. Jesse Tunny was fast timer.

The Marcum Welding Pro Compacts saw Trent Gossar look like a winner until Jeff Williams was able to run him down with 5 to go. Williams made the pass on the outside and went on to his first win of the year over Gossar, Nick Warner, Ron Phipps and Jared Keller. Gossar won the heat and Keller was fast timer.