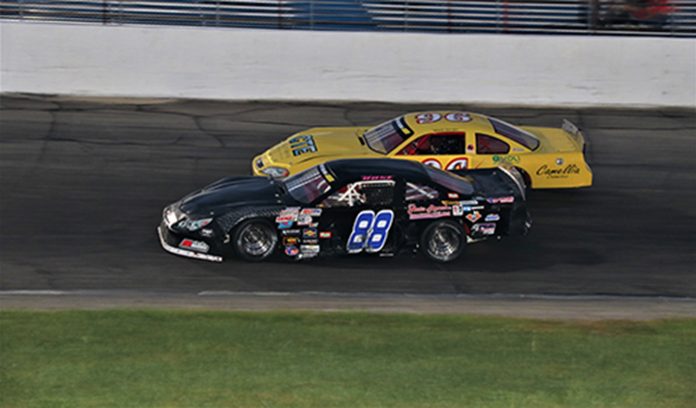 ANDERSON – Triple 75 lap features for three divisions will close out the oval racing season at Anderson Speedway this weekend.

The final night of racing is set for Oct. 26 with the World Championship Trailer Race and Front Wheel Drive Figure-8 action.

For the first time the Pro Compacts will also be in action through the crossover.

Dustin Sapp won five times in Thunder Car action, including the prestigious Best Way Disposal National Crown. But he was challenged throughout the second half of the season by Robbie Wyman and Frankie Oakes, both of whom scored feature wins.