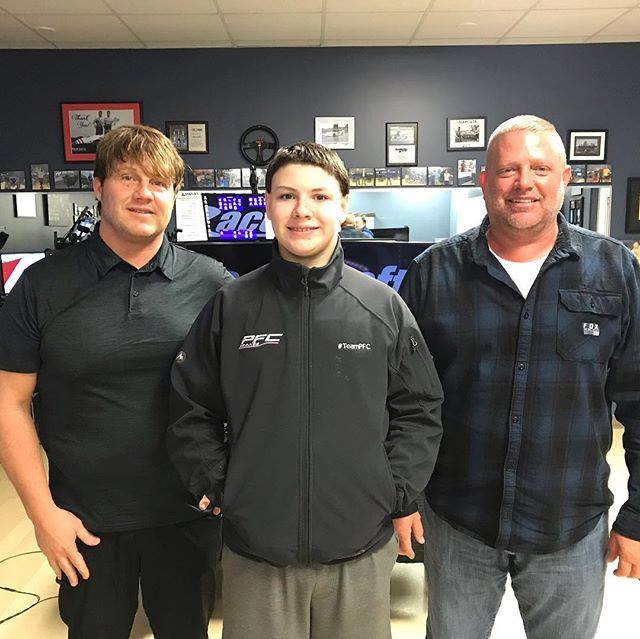 Longtime Anderson Speedway Late Model racer Danny Trent will be changing the way he sees the race track in 2019. Trent will be transitioning into the crew chief role for Tinkle Family Racing. Young up and coming driver Zachary Tinkle will be behind the wheel. Tinkle has released his plans for the 2019 season that sees him competing in a majority of the Anderson Speedway Late Model races in addition to the entire CRA Sportsman schedule.

In 2018, Tinkle ran the CRA Late Model Sportsman schedule where he achieved sportsman of the year honors. His best finish in 2018 came at Mt. Lawn Speedway where he finished in the 5th position. He achieved two top 10 finishes out of three starts last year at Anderson Speedway. In addition to his rookie of the year honors, Tinkle was also chosen as the most popular driver in the CRA Sportsman category. Many fans at Anderson Speedway might recognize the name from when Tinkle ran with the CSR Super Cups. Tinkle achieved many victories at Anderson and won the 2017 championship in the CSR Super Cup Series. Anderson Speedway holds a special place in Tinkle’s Heart.

“I’m ecstatic about racing at Anderson Speedway this year. I’ve always considered it my home track, even when we lived in Illinois, since my family is from Indiana and has come to my races there. I’m really glad to be working with Danny and Brandon. Their experience and passion are really going to help me as a driver. We hope to win some races and run up front this year!”

Along with Danny Trent, longtime crew member Brandon Grant will be the spotter for the young driver. The trio met back at a practice at the beginning of 2018. In addition to spotting for Tinkle, Grant will be working with ARCA/CRA Super Series driver Greg Van Alst. The Tinkle Family Racing team is also excited to start 2019 with a brand new VanDoorn racecar. To get ready for the season, Brandon, Danny, and Zachary have done simulator training at RaceCraft1. Zachary has also been training at PitFit to build his strength and neurosynaptic reactions. Tinkle Family Racing is receiving help from Left Paw Press, Pet Fashion Guild, BTT Consulting.

The competition in the McGunegill Engine Performance Late Model division is always tough. The 2019 campaign should be no different. Three-time points champion, Jeff Marcum will be back to defend his title but will have to battle some quality talent this season.

In his 2018 rookie season in the Vore’s Welding CRA late model sportsman series, Zachary Tinkle was named PGG Sportsman of the Year and voted Most Popular Driver; finishing 5th in the championship. He was the 2017 Central States Region (CSR) Super Cups and 2016 Rockford Speedway Wild Wednesday Super Cup Champion. In 2015, Tinkle was the Illinois Super Cup State Champion for the Short Track Auto Racing Series (STARS), Rockford Speedway National Short Track Champion for Super Cups, awarded the Rockford Speedway “Lead, Follow, or Get Out Of My Way” award and Most Improved Driver for CSR Super Cups. For 2014, he was Rookie of the Year for CSR. Tinkle currently (2019) races in the Vore’s Welding CRA Late Model Sportsman Series competing and the McGunegill Engines late model series at Anderson Speedway.