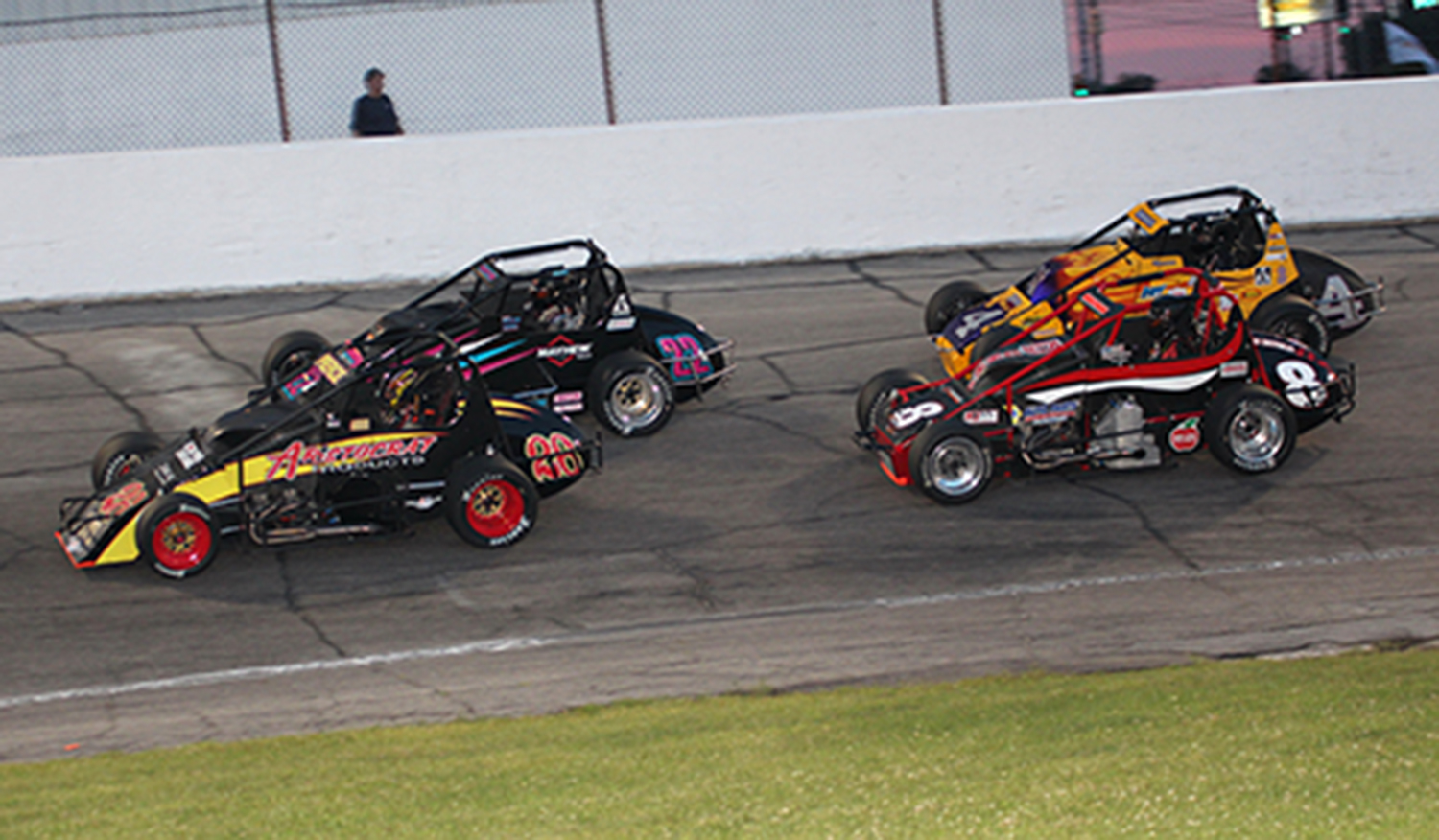 Glen Niebel is known for his mastering of the V6 engine in the mid 80’s. He ran the V6 in the Little 500 with Bob Frey and Bentley Warren to much success. He was able to win the Little 500 6-times between the two drivers. The V6 has been resurrected in recent years at Anderson Speedway. Gene Nolen Racing and Hoffman Racing competed this past year with a V6 engine. Kody Swanson driving for Gene Nolen Racing took the V6 engine to victory lane in the 2018 Pay Less Little 500 presented by UAW-GM. Both teams will be back competing in the Thursday Night Race.

Many drivers will be competing to stop the dominance of Swanson and Pierce. None better to do that than 9-time Pay Less Little 500 presented by UAW-GM winner Eric Gordon. He will once again be back in the Hoffman Racing number 69. The team joined forces this past May after Gordon took a hiatus from driving. This is the first time Hoffman Racing has raced outside of the Little 500 at Anderson Speedway in a number of years. Bobby Santos has been a consistent top 5 finisher in the first two Thursday Night Sprint Races.

Chris Neuenschwander will once again be in action but with a new team. His car on the Thursday, August 2nd UAW Night at the Races suffered engine damage while leading. The engine is beyond repair for the rest of 2018. He has joined forces with Jerry Powell and will run as a teammate to Billy Wease.

Anderson Speedway has partnered with Speedshift TV. The race can be purchased via pay-per-view online at speedshifttv.com. They will show the entire evening live from qualifying all the way through the final checkered flag. Ordering information can be found at www.speedshifttv.com.