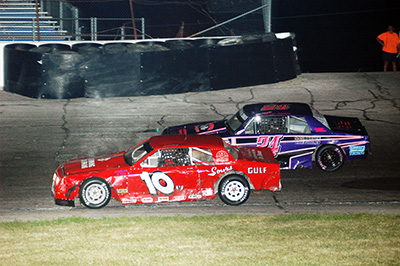 The National Crown is the longest continuous stock car race in the nation and this Saturday it returns to the roots that started it all in 1949. The 71st Annual National Crown presented by Byrider will feature the ThunderCars for the second time in the 70-year history of the race. Dustin Sapp is the defending National Crown winner.

The ThunderCar drivers will be competing in a 50-lap feature paying $1,000 to the winner. There have been two different winners in ThunderCar action this year with Josh Garr and David McConnell claiming victories.