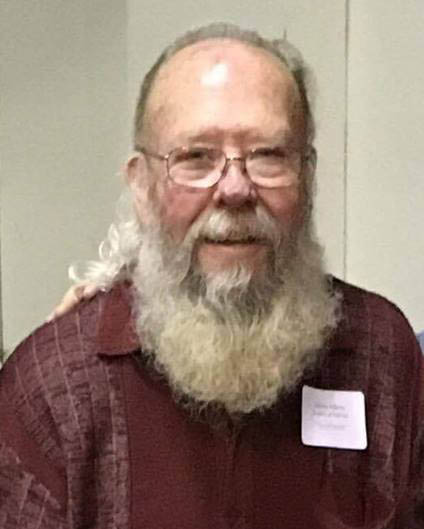 Longtime voice of the Anderson Speedway and Little 500 Hall of Fame Inductee, Denny Adams, received one of the top honors in his home town of New Castle on Wednesday, March 16.

Adams, who has been announcing races at Anderson Speedway for over 30 years, was named Citizen of the Year by the New Castle-Henry County Chamber of Commerce. Business owners, community leaders and more, including the mayor, were on hand for a standing ovation as Adams was announced as this year’s recipient.
Adams is as well-known in New Castle and Henry County as his voice is at Anderson Speedway, with many years of involvement in Sulphur Springs Christian Church, the Knights of Pythias, the Masonic Lodge, the Lions Club and other organizations.
Before retiring he spent many years as a mail carrier in New Castle.
But he is perhaps best known for his Jolly Old Elf Ministry, where he has put many smiles on children’s faces in home visits and at Santa Headquarters during the holiday season in downtown New Castle. As part of that and his leadership position with Knights of Pythias, Adams 26 years ago led the effort to create the holiday festival that includes the Christmas Parade, an annual tradition that kicks off the holiday season in downtown New Castle.
In accepting the honor, he first thanked God, as without Him, his life and accomplishments would not be possible. He thanked the many support systems in his life, including those at the race track. Most notably, he thanked his parents, Jess and Margaret, and his three children, Jodi, Chris and Jessica. And he recognized his late wife Maridene, who passed away in 2015.
“I remember that line Dorothy said in the Wizard of Oz, ‘There’s no place like home,’ ” Denny said to the audience. “And there truly is no place like home. There’s no place like New Castle.”