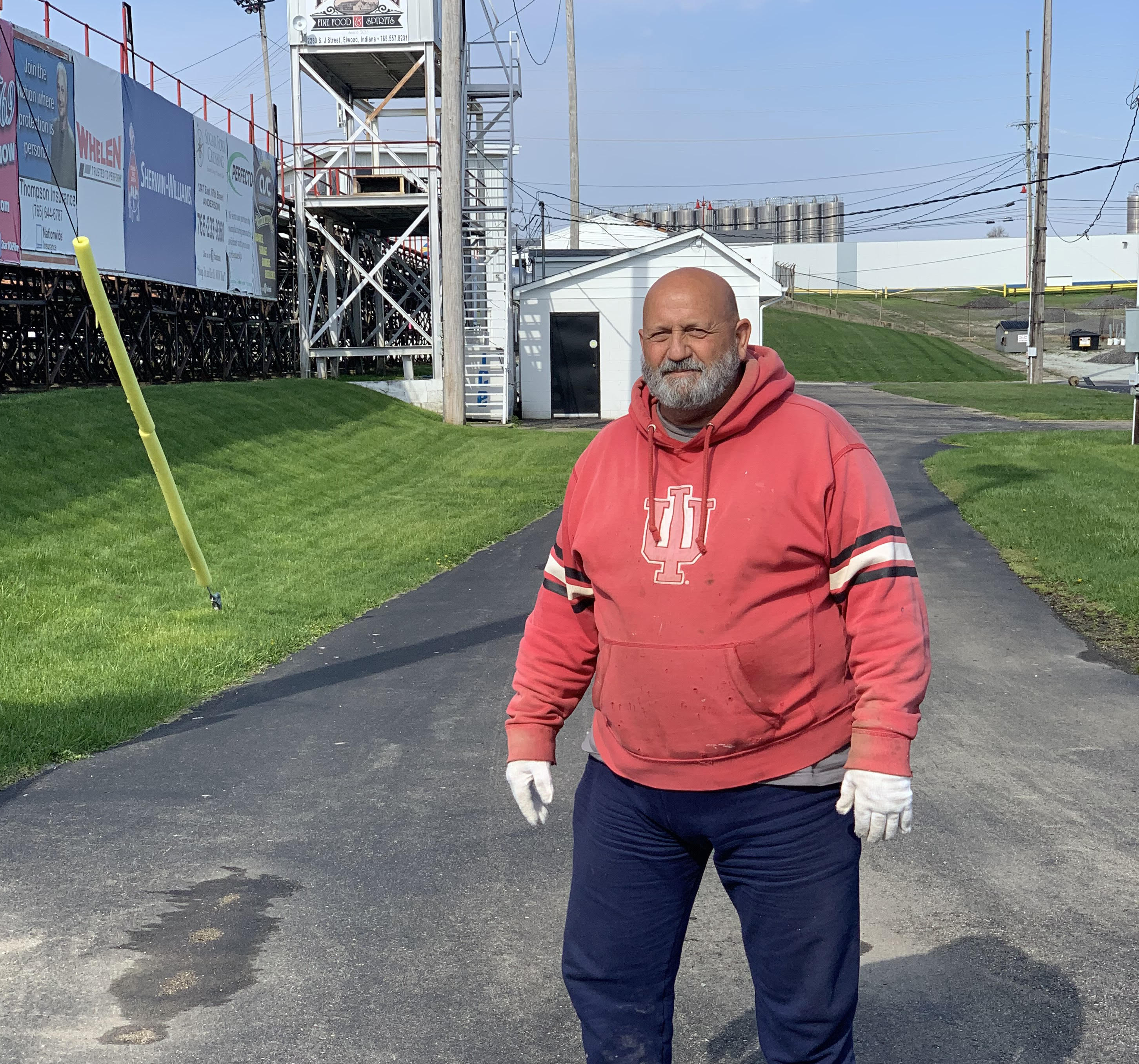 Anderson Speedway continues to focus on the men and women that help with the weekly operations. One of the hardest working men behind the scenes is Russell Winegar. Winegar currently handles all of our maintenance at Anderson Speedway; a job that he has held for the past three years. He started helping out at Anderson Speedway more than 35 years ago.

Since Winegar was a young man on the eastside of Indianapolis, he has been interested in cars. He learned how to work on cars from his father. At the age 16, he started working at the filling station on the corner of Raymond and Southeastern Avenue on the eastside of Indianapolis. While working there, he filled gas for customers and also helped the owner expand his business.

“I told the owner that we needed to start doing more work on cars,” explained Winegar. “When he finally agreed, we came to a deal where we would split the profits. When he found out how profitable it was, I went back to my hourly wage.”

From the filling station, Winegar went to work for Smithers Roofing. He would become a crane operator and would work for the company for 37 years until his retirement. Winegar got his start in racing on the west side of Indianapolis at Lucas Oil Raceway (Raceway Park). He helped on the crew of his neighbor’s racecar. After the track ended its Friday night racing program, many racers ventured north to Anderson Speedway.

“Me like a lot of other people started attending Anderson Speedway for Saturday Night Racing,” said Russell Winegar. “I didn’t help any teams for the first couple years but then I got hooked up with Vic Hellis. I helped crew on his late model and modified.”

This partnership is what led Winegar to maintain the wooden bleachers at Anderson Speedway. After Vic Hellis retired, he helped Wendell and Derrick Layne with a super truck when they debuted in 1998. After the 1999 season, Winegar went into the car ownership role with his daughter Missy Bagienski as the driver. Bagienski competed in the street stock division. When Bagienski wanted to focus more time on her family, Winegar still continued the maintenance on the bleachers. When the opportunity presented itself in 2017, Winegar jumped at the maintenance position at Anderson Speedway.

“Maintenance on a 73-year-old facility is not an easy task,” explained Jared Owen, Vice President of Operations – Anderson Speedway. “We always have a project that we are working on. A lot of times, Russell is the first one here in the morning and the last one to leave.”

Anderson Speedway is situated on a 35-acre property, so mowing is always at the top of the list in the springtime and summer. In 2019, the speedway took over the concession program and Winegar was instrumental in maintaining the equipment. His work “behind the scenes” is vital to the operations of Anderson Speedway.

“Each day is different at the track,” said Winegar. “One day I might be watching a practice, and the next day I will be painting the walls or fixing some plumbing in the restrooms. I have a lot of fun with the track family out here and that is why I continue to do it.”

We will continue to tell the stories of some our very hardworking personnel that help make Anderson Speedway a success.