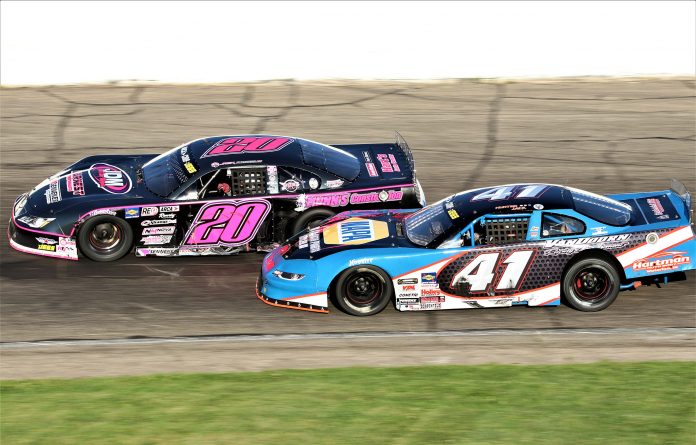 Salem, IN (July 21, 2020) –Berlin Raceway officials have announced that the Battle at Berlin 251 scheduled for Saturday August 15th has been cancelled because of ongoing restrictions on crowd sizes in the state of Michigan over the COVID-19 pandemic. That event was scheduled to be a points event for the ARCA/CRA Super Series Powered by JEGS, the JEGS/CRA All-Stars Tour Presented by Chevrolet Performance and the local Berlin late models

With that event’s cancelation, Anderson Speedway, located in Anderson, Indiana, has added an ARCA/CRA Super Series 125 lap event for Saturday, August 15th. That event will be the third series event of the season at Anderson Speedway. Cody Coughlin won the series event at Anderson on June 20th, while Carson Hocevar won the July 13th Redbud 400 Presented by Mitch Smith Auto Service and Perfecto at Anderson.

“We always look forward to having events at Berlin Raceway”, remarked R.J. Scott, Managing Partner with CRA. “We understand with the current restrictions in Michigan and in the area were the track is located, that it is not possible for them to host this great event this year. We look forward to working with Berlin to continue the Battle at Berlin 251 in 2021. We want to thank Rick Dawson for stepping up and adding another series event at Anderson Speedway and making it possible for our races to continue to be able to race during this tough time.”

The ARCA/CRA Super Series will join the already scheduled Van Hoy Oil Street Stocks at Anderson Speedway on August 15. The street stocks will compete in the final 150 lap race of the season. The first 150 lapper was won by Andrew Teepe at the Indianapolis Speedrome. The second 150 lap race is be ran at Shadybowl Speedway this coming Saturday.

Additional information on the ARCA/CRA Super Series can be found at www.cra-racing.com.