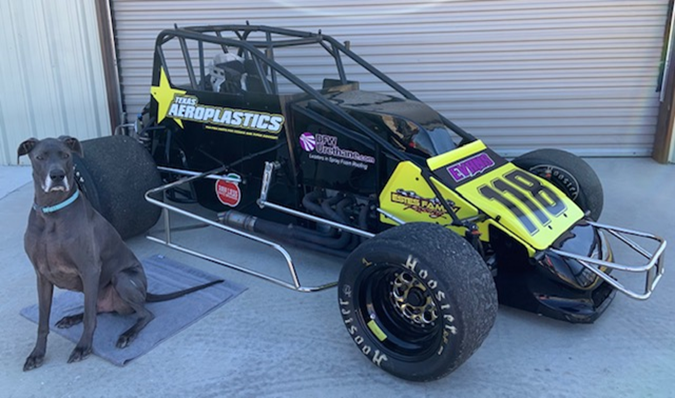 TEXAS (Feb. 18, 2022) – Scott Evans announced his rookie debut in the 2022 Lucas Oil 74th Annual Little 500 presented by UAW on Saturday, May 28th. While competing at the Little 500, Evans will also compete in his non-wing 410 sprint car at Circle City Raceway on the East side of Indianapolis on Wednesday, May 25th and Thursday, May 26th. In addition, he will compete at Bloomington Speedway on Friday, May 27th and Kokomo Speedway the Sunday, May 29th.  Scott will run a limited schedule with the 500 Sprint Car Tour presented by Auto Value & Bumper to Bumper Part Stores for his first year with the only other confirmed pavement race at IRP March 26th. The remainder of Scott’s 2022 schedule is with the ASCS Elite Non-Wing series.

“I am very excited to race at Anderson again. This nostalgic racetrack has great energy from the fans and the high banked shape with the aged asphalt makes this track really fun,” said Evans. “Pavement Sprint cars have always been about the coolest car; I have been envious of them since I was 15.”

Scott last raced at Anderson Speedway over 20 years ago in a Legend car. He has raced at Anderson three times with the last time qualifying on the pole. His father Jerry Evans was also racing in the last race and won after Scott dropped out of the race.

“The Little 500 is such a big race, we have been building support equipment for months, setting up an infield pit stall and then adding a pit stop in adds a huge amount of equipment and logistics. I know it’s going to be worth it!” explained Scott Evans.

The 118 car has assembled a strong team for the week long events. Jimmy Gardner, from Cincinnati, Ohio, has crewed in the Little 500 for multiple drivers including two-time winner Jacob Wilson, he will serve as crew chief. David Umscheid and JC Umscheid will bring a wealth of experience to the team. David is one of the best late model drivers in Texas history and a family friend. JC Umscheid is a close friend and Daytona winning NASCAR chief. John Ewell is a southwest legend in dirt modifieds, with experience in flat track motorcycles, late models and sprint cars.  Paul Cook is a wealth of knowledge and a previous Silver Crown Champion.