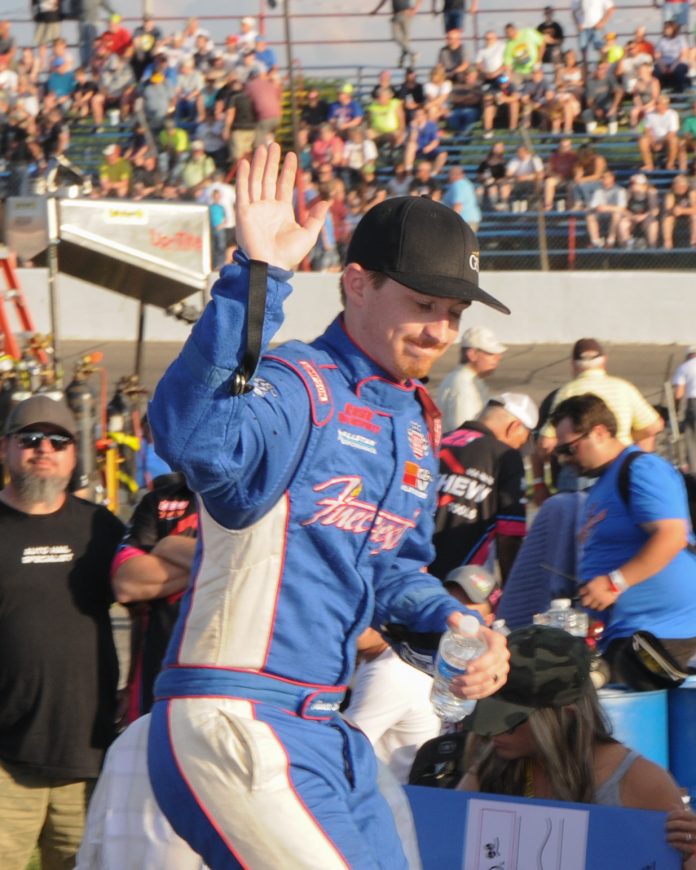 WHITELAND, Ind., Dec. 1 —Nolen Racing is keeping it all in the family — the Swanson family, that is.

Swanson, of Kingsburg, Calif., is stepping into the seat recently vacated by his older brother Kody. The latter posted two of his three Little 500 triumphs in a Nolen Racing sprint car in 2018 and 2019.

Tanner Swanson, 29, has raced a limited schedule in recent years but he always seems to end up as one of his brother’s primary rivals when they compete in the same event.

Tanner Swanson competed in the Little 500 in 2016 with Armstrong Racing and in 2018 with Bowman Racing, but retired from both of those events relatively early due to mechanical difficulties. He looks forward to changing that in 2021 when he makes his third start in that race as Shane Hollingsworth’s teammate on the Nolen Racing team. Hollingsworth, of Lafayette, Ind., recorded his best finish ever in the Little 500 this year when he placed second. In 2019 Hollingsworth and Kody Swanson led an unprecedented 499 of the race’s 500 laps.

The arrangement for 2021 also includes Tanner Swanson participating in selected sprint car events on the oval at Lucas Oil Raceway in Brownsburg, Ind., for Nolen Racing.

In 2021 the 0.686-mile paved oval at Lucas Oil Raceway will host the Thursday Night Thunder Homecoming on Thursday, June 17, and the inaugural Hoosier Classic Aug. 13-14. The former will feature sprints and midgets. The latter, run on the same weekend as the Brickyard 400 NASCAR Cup Series race on the road course at the nearby Indianapolis Motor Speedway, will feature sprint cars on Friday, Aug. 13, and midgets and the USAC Silver Crown series on Saturday, Aug. 14. The Hoosier Classic also touts the Fatheadz Eyewear $100K Challenge, which offers $132,000 to a driver who wins all three races.

On Aug. 21 Tanner Swanson won the Dave Steele Carb Night Classic USAC Silver Crown race at Lucas Oil Raceway in the Bowman Racing No. 02 after Kody Swanson won the pole and led 40 laps of the 100-lap race, only to have to pit due to a problem with his brakes. Kody Swanson returned to finish tenth, and he also led every lap of the 40-lap asphalt sprint car feature during the Night Before the 500 show at Lucas Oil Raceway the same weekend for Nolen Racing. Ironically Tanner Swanson finished fifth in that race for Doran Racing, which is the team his brother will drive asphalt sprint cars for in 2021.

Despite his limited schedule Tanner Swanson is the winningest USAC Silver Crown driver in Lucas Oil Raceway history with six victories. He has eight Silver Crown victories in all.

Tanner Swanson won the USAC Western States sprint car championship in both 2008 and 2009.

Kody Swanson is the winningest driver in USAC Silver Crown history with five championships and 30 victories. He won the USAC Silver Crown drivers’ championship for Nolen Racing in 2019, and he finished second in those standings this year with one victory in the five races run. His victory at Salem (Ind.) Speedway on Aug. 15 was his fifth straight in that event, breaking a record held by Pancho Carter.

Tanner Swanson drove in one race previously for Nolen Racing: the 2017 Phoenix Copper Cup USAC Silver Crown race at Phoenix Raceway. He qualified sixth for that race, but had mechanical difficulties early and finished 15th.

“I was honored to have Tanner call to inquire about the ride, and I’m excited for our team for the upcoming season,” Greg Nolen said. “Tanner has driven for us in the past and always does a great job. He’s an excellent driver, and I expect him to be a strong competitor in all the events he races in next year for us.”

“I am excited to rejoin Nolen Racing in 2021,” Tanner Swanson said. “Kody has proven that they are a force to be reckoned with whenever they have shown up at the track over the last two years. I am excited to join the team, and plan to continue that level of success next season.”

The team is sponsored in part by KECO Coatings, Goodridge and K & N Filters.

Its founder, the late Gene Nolen, is a member of the Little 500 Hall of Fame.