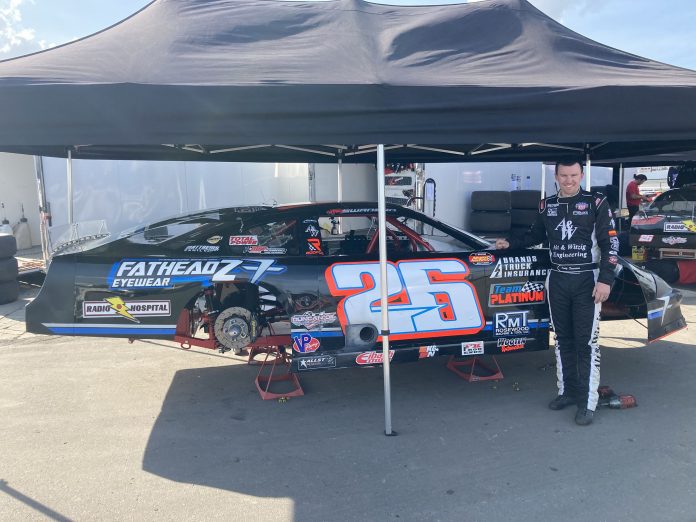 Three-time Little 500 champion Kody Swanson recently announced that he will compete in the 55th Annual Greg Hubler Automotive Redbud 400 presented by Mitch Smith Auto Service and Perfecto on Monday, July 12. It will be the first time Swanson has competed in a late model at Anderson Speedway. Swanson will drive the Team Platinum #26.

Bob Frey won the 1987 Little 500 and returned three months later to compete in the Redbud 400. It was a culture shock to Frey as things were vastly different than they were in the Little 500. Frey only lasted 32 laps and retired from the event with over heating issues. After the race he explained the main differences. “It was crowded with 33 sprint cars. But I was in a much larger vehicle with the late model this time and the maneuverability was less than that of a sprint car. The tightness of the track came into play a lot more”.

Swanson will face the same issues Frey did some 34 years ago. ”I’ve never run a late model at Anderson Speedway before” explained Swanson. “The only time I’ve even seen late models race at Anderson Speedway was at the Redbud in 2019. There are some similarities to the Little 500. The way the race is run. But the format is different, and the pit stops are a little bit different than what we do at the Little 500. The nice thing is the longer late model races encourage people to take care of their equipment to be around at the end.”

“That’s something I’ve wondered about (size of a late model). How much narrower is it going to feel, especially on the straightaways, knowing there is less room for the car you’re driving. Hopefully, we can navigate our way through traffic, keep our nose clean, and have a good run”.

Swanson is aware of Fillip’s feat and would like nothing more than to join him in the history books. But he knows he will have his work cut out for him. “I don’t know what to expect performance and results wise, but I gotta believe going in we have a chance to win. Team Platinum works hard to go to the races”.

“It would be really neat to get a Redbud win. If you could win a crown jewel type late model event it would really be neat and show people you can adapt to different types of cars” concluded Swanson.

Be sure to tell everyone you know about the Greg Hubler Automotive Group Redbud 400 presented by Mitch Smith Auto Service and Perfecto.  You can do so by utilizing Anderson’s Speedway’s social media.  For Twitter & Facebook, it’s @AndersonSpeedwy, but also check out our Instagram at @AndersonSpeedway.  For additional info please visit our website at andersonspeedway.com.